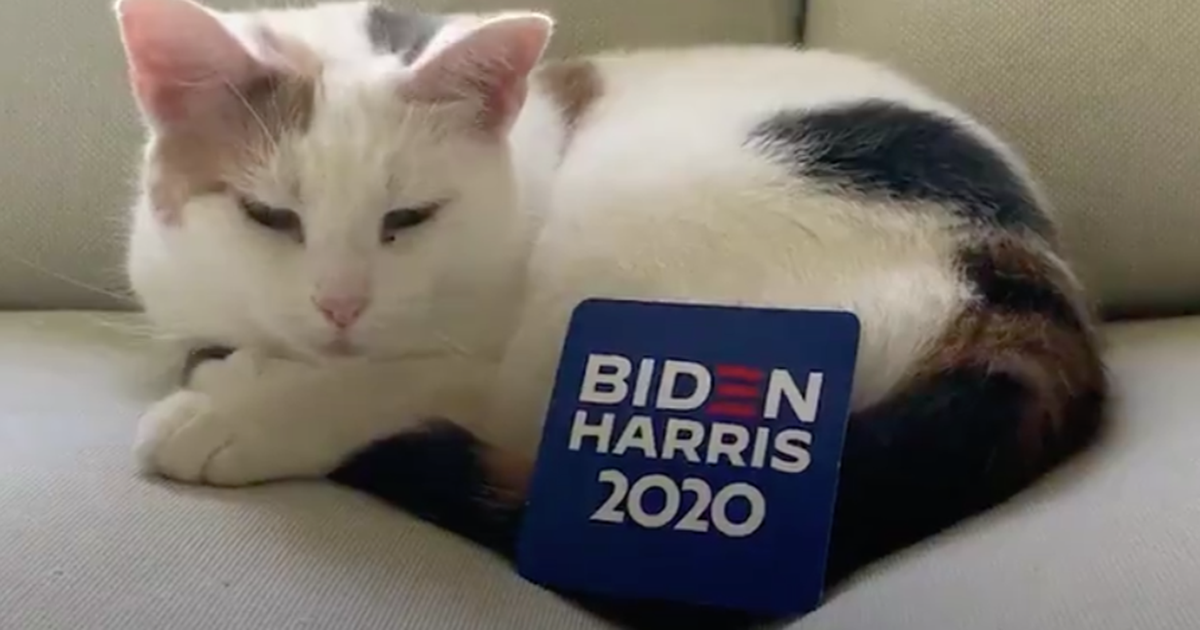 Presidential candidate Joe Biden and running-mate Kamala Harris are taking all the help they can get in their campaign to defeat incumbent Donald Trump, including from non-humans.
In a unifying call, the Biden-Harris campaign posted a video on Saturday (aka Caturday) to bring together Democrats, Republicans, independents, and "Demo-cats" to help them get Trump out of the White House this election season.
We’ve got to come together to defeat Donald Trump –– Democrats, Independents, Republicans, and yes, even Demo-cats.
pic.twitter.com/LtsTWy7MmI — Joe Biden (@JoeBiden) October 17, 2020The adorable cats in this video are described as volunteers.
That hasn't been confirmed, but at the very least they will attract some eyeballs to Biden-Harris.
But now here comes the real question: Can cats vote?
Obviously, they would have to be at least 18 years old and a citizen of the United States.
There is no language in the law that specifically says a citizen of the U.S. can't be a cat, so what we're working with here is an Air Bud situation.
Technically, if a cat is registered as a citizen and 18 or older, it should be allowed to vote.
If all the cats over 18 in the U.S. are registered and vote for Biden-Harris, that could be a pretty sizable push for the Democrats.
By the way if you text "cat" to 30330, you don't get a picture of a cat or anything, they just ask you to sign up for the campaign.
A bit of a missed opportunity.
Source