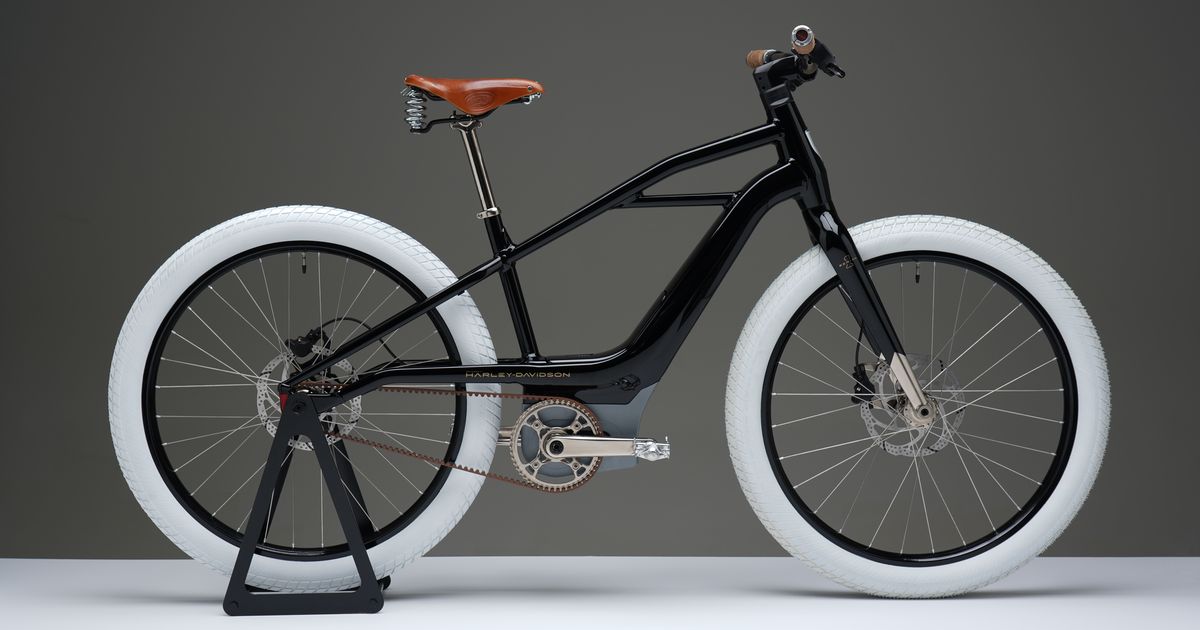 On Nov. 16 Harley-Davidson is revealing its newest bike: an actual bicycle.
The Serial 1 is the first electric bicycle in what will be a new product line from the American motorcycle maker.
Harley-Davidson introduced its first electric motorcycle, the LiveWire, last year, but hit production issues (with the battery) quickly.
The company isn't sharing much about the new bike's capabilities or even its price, but a spokesperson wrote in an email that it's intended for motorcycle enthusiasts, commuters, and first-timers.
It will be an electric-assist bicycle, meaning when you pedal the electric motor a battery will provide some extra power for your ride.
As seen in a video and photos released this week, the Serial 1 will have a mid-mounted motor, internal break cables to give it a clean look, and lighting for night riding.
The design, with the white wheels and vintage vibe handlebars, is inspired by Harley-Davidson's first motorcycle back in 1903.
It's still a Harley.
Image: harley-davidson Old-school vibes.
Image: harley-davidsonIt clearly says Harley-Davidson on the frame, so even if it's "only an e-bike" it's still a Harley.
You can't pre-order the bike just yet, but you can sign up for updates on the new dedicated website.
By Nov. 16 we'll know more about Harley's newest electric vehicle.
Source