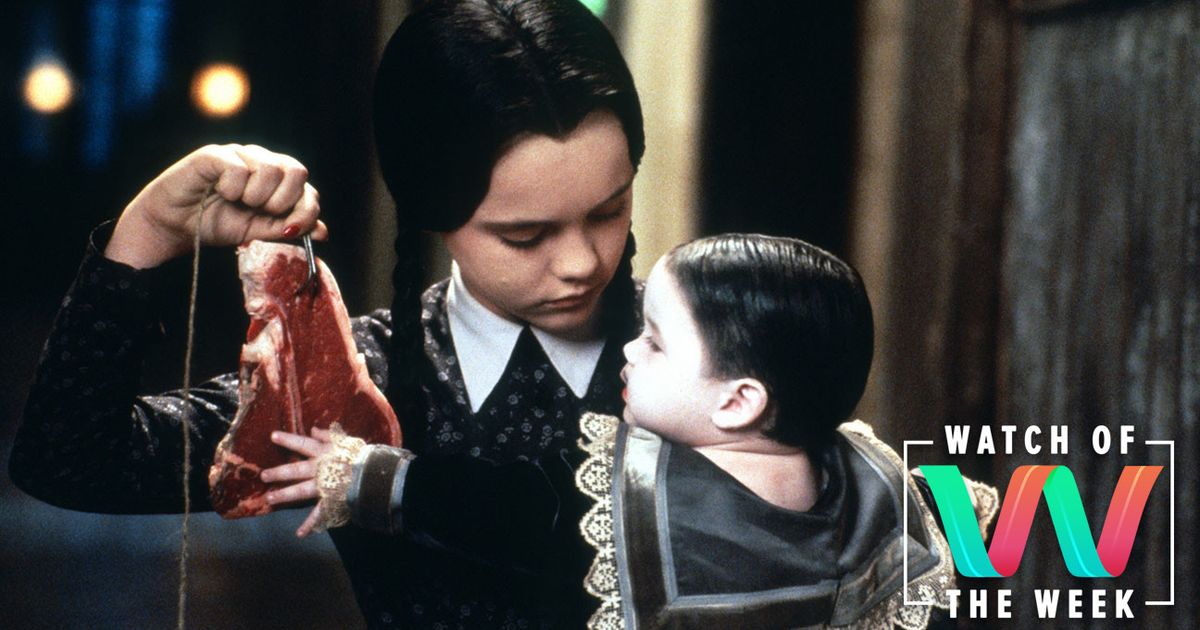 That movie is 1993's Addams Family Values.
Some folks who miss the point entirely argue that Addams Family Values isn't a "legitimate" Thanksgiving movie, I guess because there's no scene of a family gathering together and giving thanks before feasting on a big dead turkey.
What Addams Family Values proves is that you don't need to follow conventional scripts of a "proper" Thanksgiving in order to participate in the holiday's best qualities, like gratitude for your loved ones.
The Addamses are, in essence, an opposite-day version of the Hallmark card family, a rejection of all the traditional values and ideals we usually associate with all-American wholesomeness.
Even though the Addams family values only what is macabre, violent, and abnormal, deep down, they're also fiercely loving in a way that rivals many more traditional American families.
In Republican terms, 'family values' is always code for censorship and exclusion, and Republicans still refuse to respect or even acknowledge, for example, LGBTQ families.
I like to believe that the Addams Family is far more loving and accepting than their enemies."
By celebrating a family that inverts the contradictions of conservative values, Addams Family Values become a salient indictment of the rampant hypocrisy entrenched in American traditionalism.
But there's an undercurrent of anti-colonialism and anti-nationalism in Addams Family Values that sets it apart from any other holiday movies, culminating in one of the most iconic depictions of Thanksgiving to ever grace cinema.
But, ultimately, loving what Addams Family Values gets so right requires we simultaneously recognize the limitations of what it gets wrong.
The dark humor of Addams Family Values renders it the most suitable Thanksgiving movie for 2020, bringing a perfect blend of holiday cheer and holiday disdain, warm fuzzies and murderous rage, familial love and familial contempt, the traditional and unconventional.
Addams Family Values is available to stream on CBS All Access or to rent or buy on iTunes, Amazon, YouTube, and more.
Source