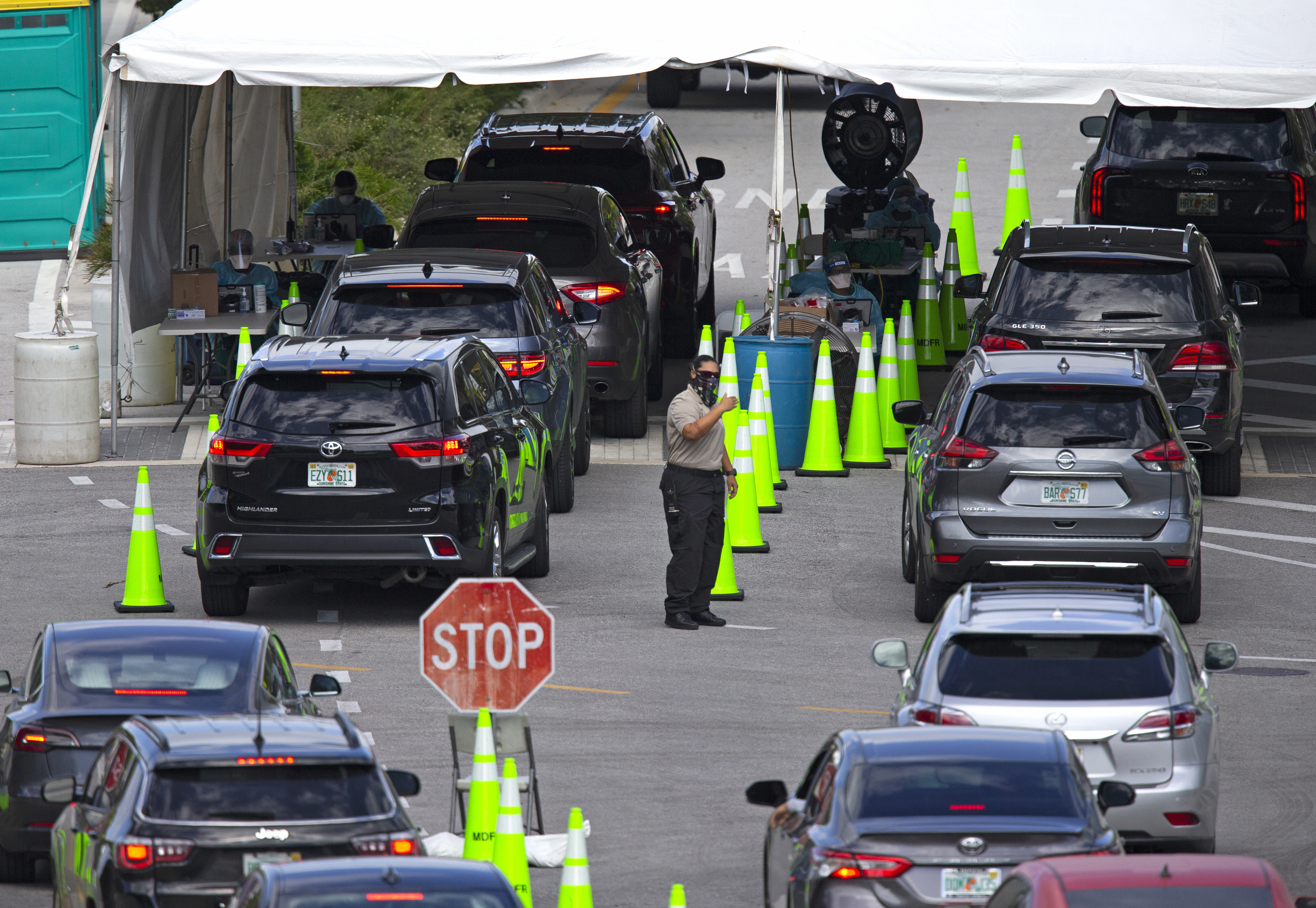 Coronavirus testing sites nationwide are strained and overflowing as people rush to get results before the Thanksgiving holiday.
In an effort to avoid amending holiday plans, Americans have flocked to COVID-19 testing sites, forming long lines in cars and in person.
Laboratories warned that continuing shortages of key supplies are likely to create more bottlenecks and delays.
“So it’s like a dog chasing its tail.”Massachusetts has 300 testing sites, and each has seen massive, snaking lines while residents wait to get tested, WHDH reported.
Charlie Baker said the state is looking to expand testing capacity, but that will not accommodate this sudden rush.
We do 650 to 700 cars every four hours,” said Brenda Giroux, a security officer at the Somerville Carewell Urgent Care testing site.
Baker said he hopes new testing products will make it possible to expand testing significantly, but those products haven't made it to the market yet.
Lines in New York City spanned multiple city blocks, with residents waiting three or more hours before entering health clinics.
Lines at Dodgers stadium in Los Angeles wrapped multiple times around the parking lot while people waited for tests.
Adm. Brett Giroir, the U.S. official overseeing testing, downplayed reports of lines and delays earlier this week.
In some cases, he said, lines are caused by a lack of scheduling by testing locations, which should stagger appointments.
Washington state saw a similar rush to testing sites after the governor seemed to send mixed messages, KOMO News reported.