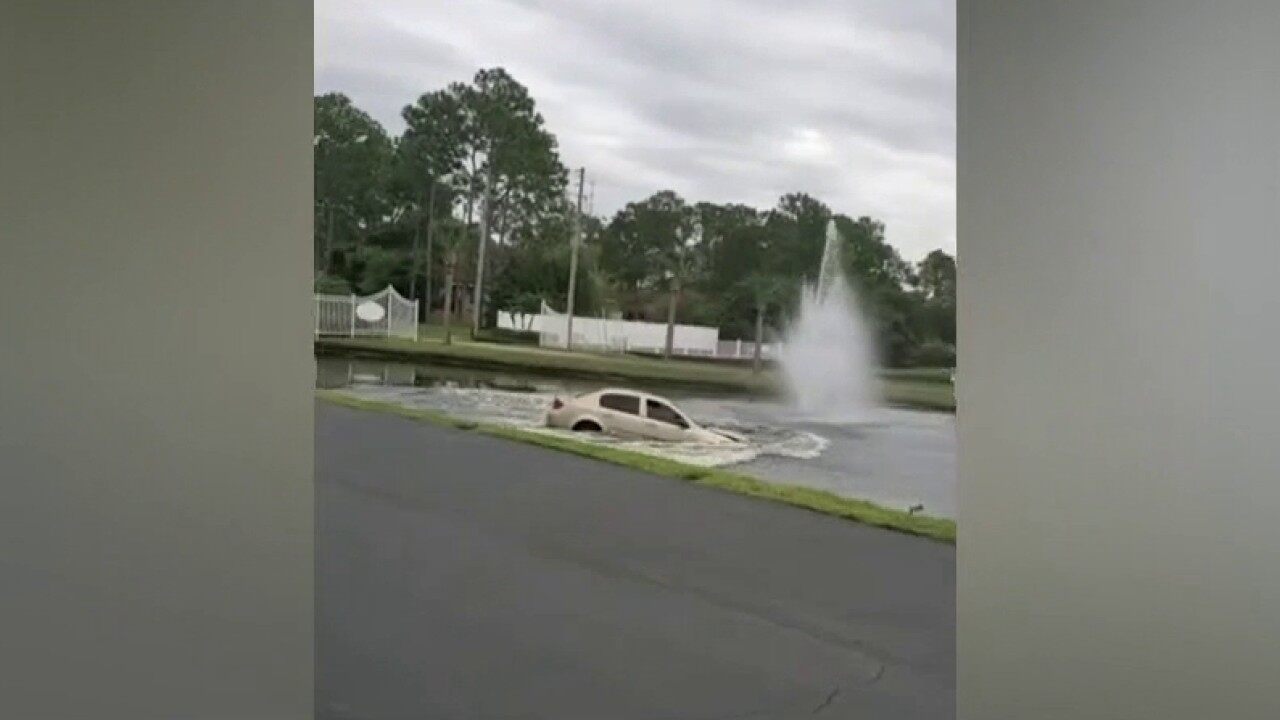 A car chase in Florida led to a harrowing rescue Thursday when the fleeing driver crashed into a pond with two children in the back seat.
Deputies attempted to stop the car over a window tint violation on U.S. Highway 19 in Pasco County at 3:15 p.m., but the suspect drove into the nearby Ja-Mar mobile home park, passing several residents and hitting a dead end before losing control.
FLORIDA POLICE RELEASE BODY-CAM FOOTAGE OF SHOOTING; SUSPECT HAD SELF-INFLICTED GUNSHOT WOUNDThe driver was identified as 30-year-old Jonathan Mark DeLoach, who was wanted on drug charges, the Pasco County Sheriff's Office said.
In a video from the sheriff's office, a woman in the passenger seat exits the car and calls for help.
The two children are seen crying, saying they can't swim.
The officers pursuing DeLoach quickly joined bystanders in helping to pull the woman and children to safety as the car began to sink.
DeLoach was pulled from the driver's seat.
No injuries were reported.
Sheriff's spokesperson Amanda Hunter told FOX 13 Tampa that a bag containing crystal meth was found floating in the pond near the car.
According to a sheriff's office affidavit, DeLoach told officers that he fled because he had three outstanding warrants for his arrest.
CLICK HERE FOR THE FOX NEWS APPDeputies charged him with possession of methamphetamine, driving with a suspended license, fleeing to elude, child abuse and reckless driving.
DeLoach was being held at the Land O’ Lakes Detention Center.