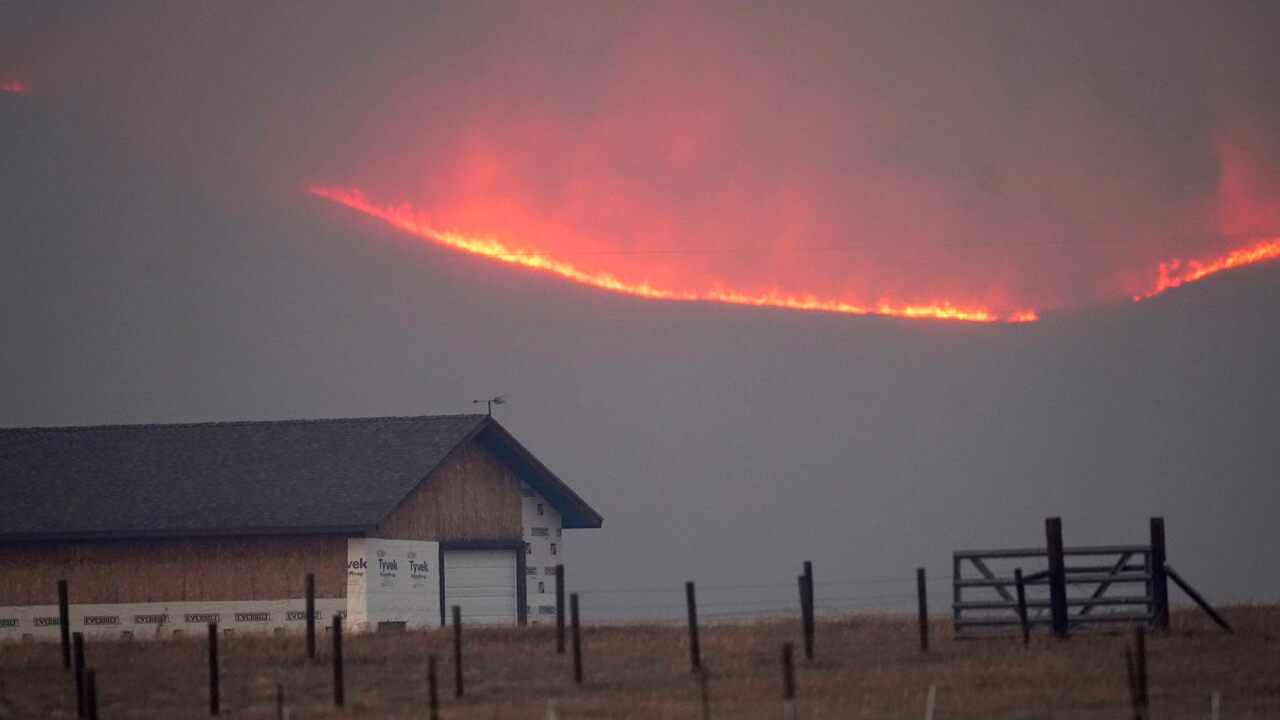 Colorado's Bear Creek Fire, which had forced the evacuations of 235 homes earlier this week, is now 100% contained.
The Colorado Springs Fire Department made the announcement Friday evening after windy and warm weather conditions whipped flames dangerously close to homes on Thursday.
NORTHWEST GETS RAIN, MOUNTAIN SNOW AS CENTRAL U.S. ENJOYS WARMER-THAN-AVERAGE TEMPERATURES“I want to thank those firefighters up on the fire ground,” Colorado Springs Fire Chief Ted Collas said.
Evacuees were allowed to return to their homes on Thursday evening when the fire was just over 50% contained.
Nursing homes near the blaze were under pre-evacuation orders that have since been lifted.
An aerial attack on the flames was launched early Thursday and more than 30 firefighters worked to contain the blaze, with eight overnight crews.
A helicopter dropped approximately 8,000 gallons of water on the fire, CBS Denver reported Friday.
“We have so many residents in Colorado Springs that take fire mitigation seriously.
I can’t thank them enough," said Collas.
The western part of Colorado Springs is considered under extreme risk for wildland fire.
CLICK HERE FOR THE FOX NEWS APPIn 2018, the Colorado State Forest Service reported around half of all Coloradans live in areas at risk for wildfires.
Record high temperatures have been reported this week from Colorado to the Southwest, ABC News reported Friday.