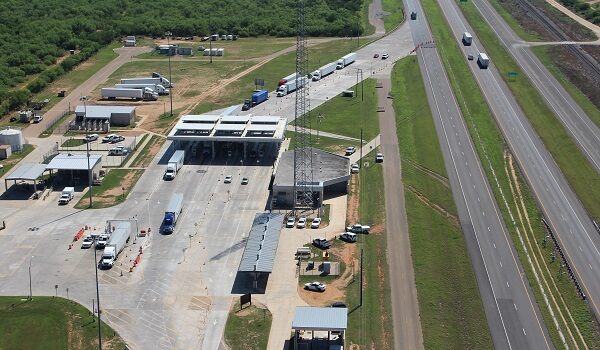 Border Patrol agents in Texas recently apprehended smugglers who had separated a child from his parents -- something authorities warned could have left the youngster “helplessly under the control of strangers.”According to Border Patrol officials, a van was stopped at the I-35 checkpoint north of Laredo on Oct. 8, where 16 illegal immigrants from Mexico, El Salvador, Honduras, Guatemala and Ecuador were apprehended.
Two of the illegal immigrants, a married Honduran couple, said they had been separated from their nine-year-old son by the smugglers.
BORDER PATROL AGENT'S HUNCH PAYS OFF IN SECOND-LARGEST METHAMPHETAMINE BUST EVERThe pair told agents the child did not fit in the van so the smugglers said he would "follow up" with them -- but they did not know what that meant, or when they would see their son again.
That triggered a “Be On the Lookout” alert by agents, and two hours later they stopped a minivan with four occupants at the same checkpoint.
Among those in the vehicle was a nine-year-old child matching the description given by the parentsThe driver claimed the boy was hers, but that was refuted by documentary proof by the actual parents.
The boy was reunited with his family and the driver, a U.S. citizen, arrested and turned over the Immigration and Customs Enforcement’s (ICE) Homeland Security Investigations unit.
BORDER PATROL NABS TWO SEX OFFENDERS TRYING TO RE-ENTER US ILLEGALLYLaredo Sector’s Chief Patrol Agent Matthew Hudak said in a statement that the case was an example of “the lack of concern human smugglers have for the people they exploit for profit.”“Smugglers not only transport large groups in confined spaces without PPE, exposing them and our communities to possible COVID-19 infection, but they are also willing to separate a young child from his parents,” he said.
CLICK HERE TO GET THE FOX NEWS APPOfficials warned that, had they not found the boy, he could have been trafficked, or delivered to a location where the parents no longer were as they had been apprehended and removed from the U.S.“If not for the vigilance of the agents who only had a physical description to go on, this child would have been taken by smugglers further into our country without his family, and left helplessly under the control of strangers,” Hudak warned.
“Putting your life, and the life of your family, in the hands of vicious and callous criminal organizations is a potentially fatal mistake.”