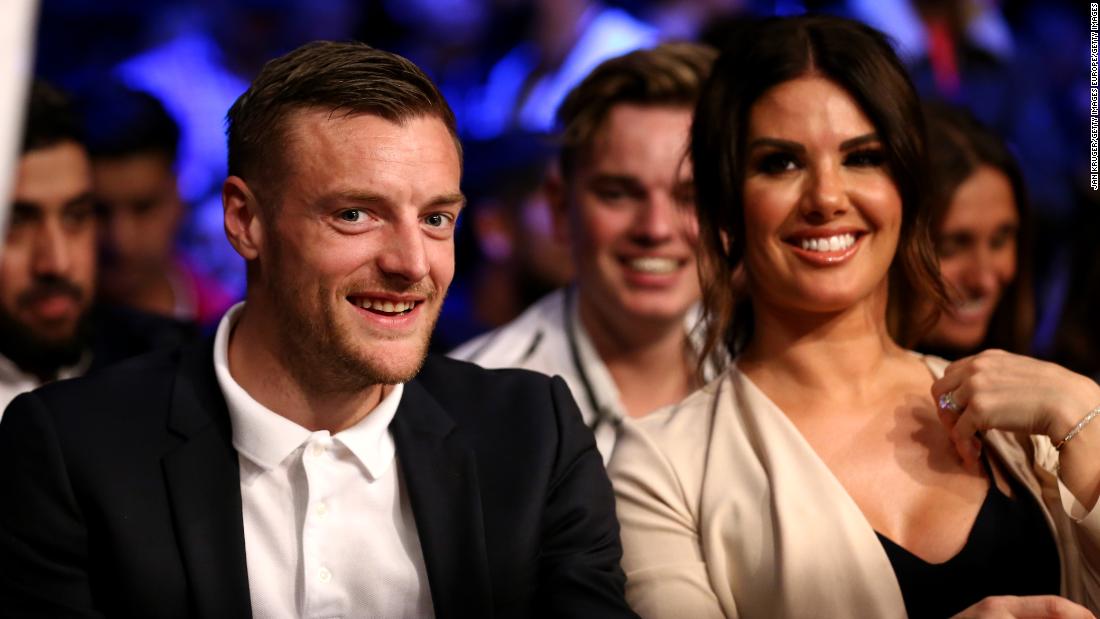 London (CNN) A high-profile public spat between footballers' wives Coleen Rooney and Rebekah Vardy reached Britain's High Court on Thursday, as libel proceedings began in the celebrity whodunnit saga over leaked tabloid stories that has captivated much of the nation for over a year.
Vardy is suing Rooney for libel after Rooney accused someone using Vardy's Instagram account of sharing personal stories with a British newspaper.
The long-running saga erupted last October when Rooney publicly revealed the results of her own investigation into the alleged leaks, and has earned the nickname "Wagatha Christie" in the British media due to the pair's status as high-profile "WAGs" to footballers Wayne Rooney and Jamie Vardy.
Lawyers for Vardy said on Thursday that Rooney's claim had made her out to be a "villain," PA Media reported, but denied that Vardy was involved, as her case against Rooney began in London's High Court.
Rooney's lawyer David Sherbourne told the court that she had put fake stories on Instagram in a "sting operation" to test for leaks among her followers, and that her digital detective work pointed at Vardy's account as a likely culprit, PA reported.
Source