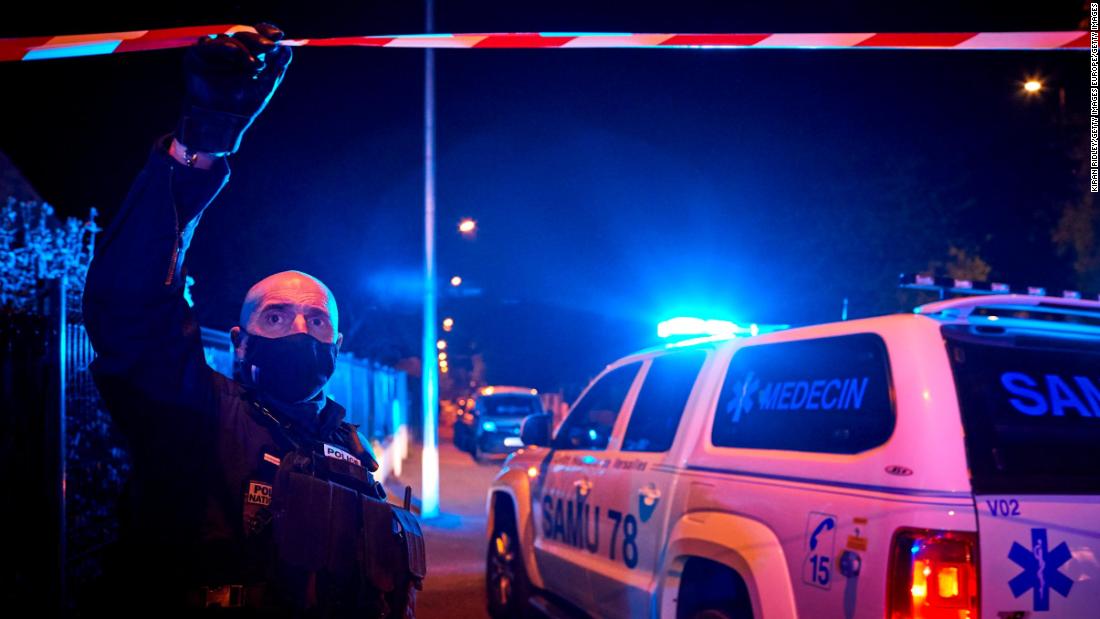 Paris (CNN) An 18-year-old Russian refugee of Chechen origin has been identified as the suspect in Friday's beheading of a schoolteacher in a suburb of Paris, French authorities said Saturday.
The alleged attacker, Abdoullakh Abouyezidovitch A., was shot dead by police on Friday afternoon in Éragny, the same area where the body of Samuel Paty, a 47-year-old history and geography teacher at College du Bois d'Aulne, was found.
People stand next to flowers displayed at the entrance of the school in Conflans-Sainte-Honorine.
According to national anti-terrorist prosecutor Jean-François Ricard, the attacker approached students outside the school in the northwestern Paris suburb of Conflans-Sainte-Honorine earlier on Friday, asking them to point out his victim.
Paty was attacked on his way home, according to Ricard.
Abouyezidovitch, who was not known to intelligence services, was a resident of Evreux, a town outside of Paris and a little over an hour's drive from the scene of the attack.
He claimed responsibility for the attack on Twitter, Ricard said.
Source