Azerbaijan and Armenia agree to a new humanitarian truce 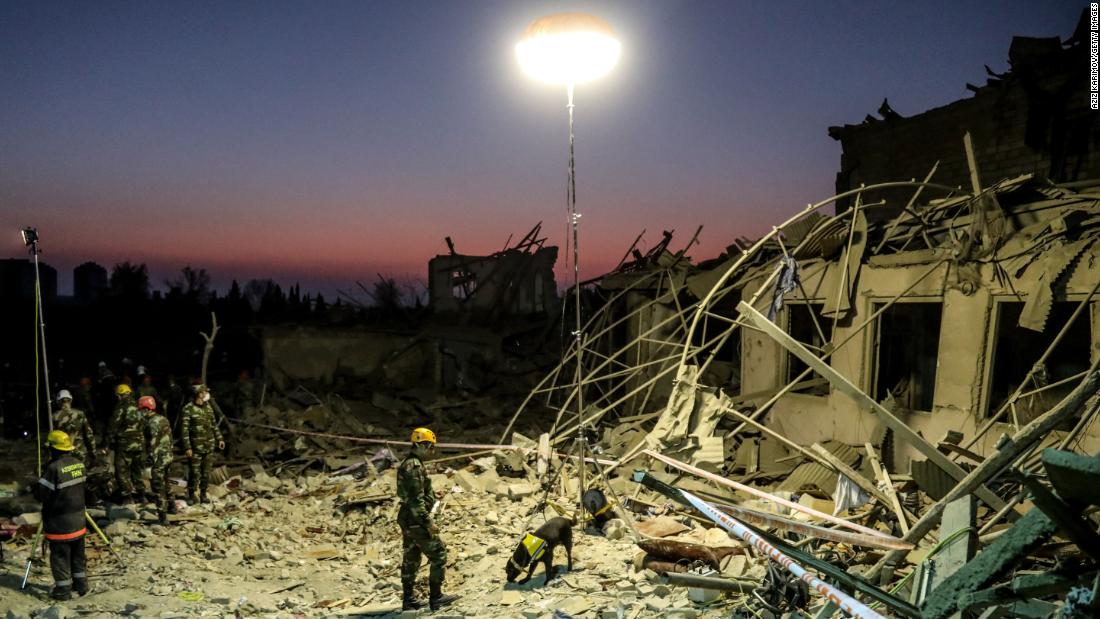 (CNN) Azerbaijan and Armenia agreed to a "humanitarian ceasefire" in the conflict over the contested enclave of Nagorno Karabakh on Saturday -- one week after truce brokered by Russia fell apart, according to a statement from the foreign ministries of both countries.
The new agreement -- set to start at midnight local time (4 p.m.
ET Saturday) -- was announced after both sides earlier in the day accused each other of attacks that violated the Moscow-brokered, week-old peace deal.
The dispute dates to the collapse of the Soviet Union, when Nagorno Karabakh declared independence from Azerbaijan, sparking a violent conflict that ended in a shaky 1994 ceasefire.
Armenia backed Nagorno Karabakh, which established a de facto independence that is not recognized by most of the world.
Though it sits within Azerbaijani territory, the region is populated and controlled by ethnic Armenians.
Armenia has said the current flare-up is between Karabakh and Azerbaijan.
Source