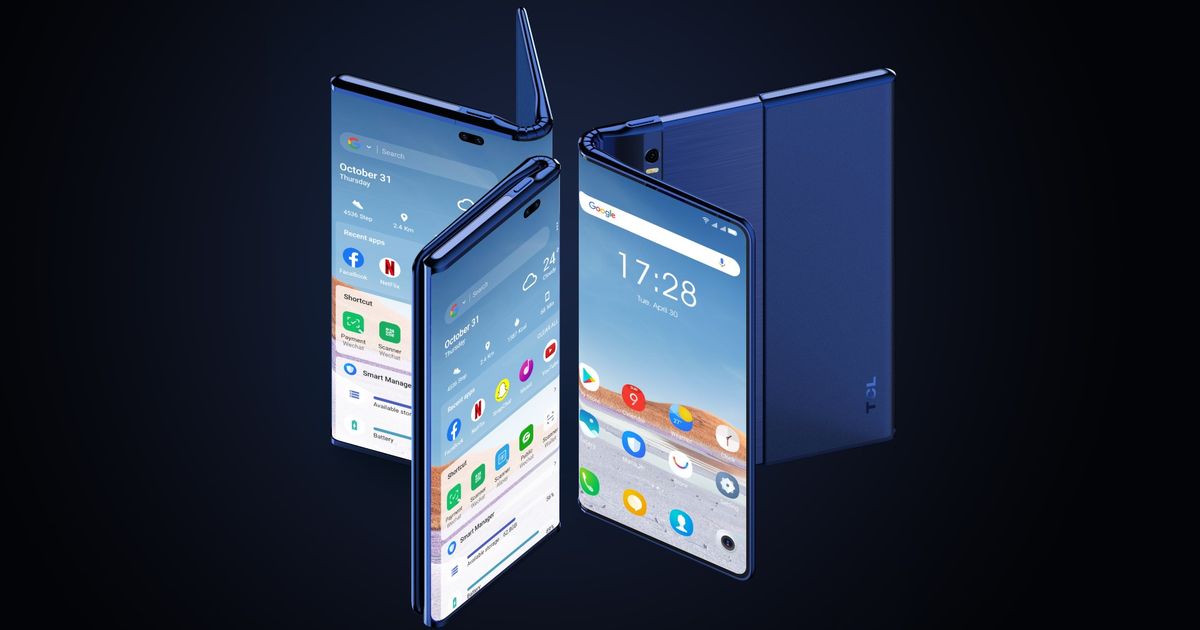 Yes, we've seen foldable phones.
We've even seen rollable phone prototypes — although LG's rollable phone, sadly, probably won't see the light of day.
But TCL now has a smartphone concept that's both a foldable and rollable phone in one, and it's pretty cool.
Image: TCLThe idea is fairly simple — take a foldable phone, similar to Huawei's original Mate X, and then make it rollable on one side so that it extends to something akin to a decently sized tablet.
I've been critical of foldable phones precisely because they don't offer that much space when folded out, but this TCL phone solves that in a fairly elegant way.
In terms of specs, the TCL Fold 'n' Roll is a 6.87-inch phone that folds into an 8.85-inch phablet (remember that word?
And then, it rolls out into a 10-inch tablet, which should be plenty even for those who like their tablets bigger.
Image: tCLTCL shared no other specs — nothing, really, besides a few renderings of the device.
There's no word on when it may be launched, either — being a concept phone, one probable answer is never.
Still, TCL has been at this for a while.
The company was one of the first to show a working foldable smartphone prototype, and it made several other prototypes over the years.
Perhaps Fold 'n' Roll is the one that actually turns into a real product.
Source