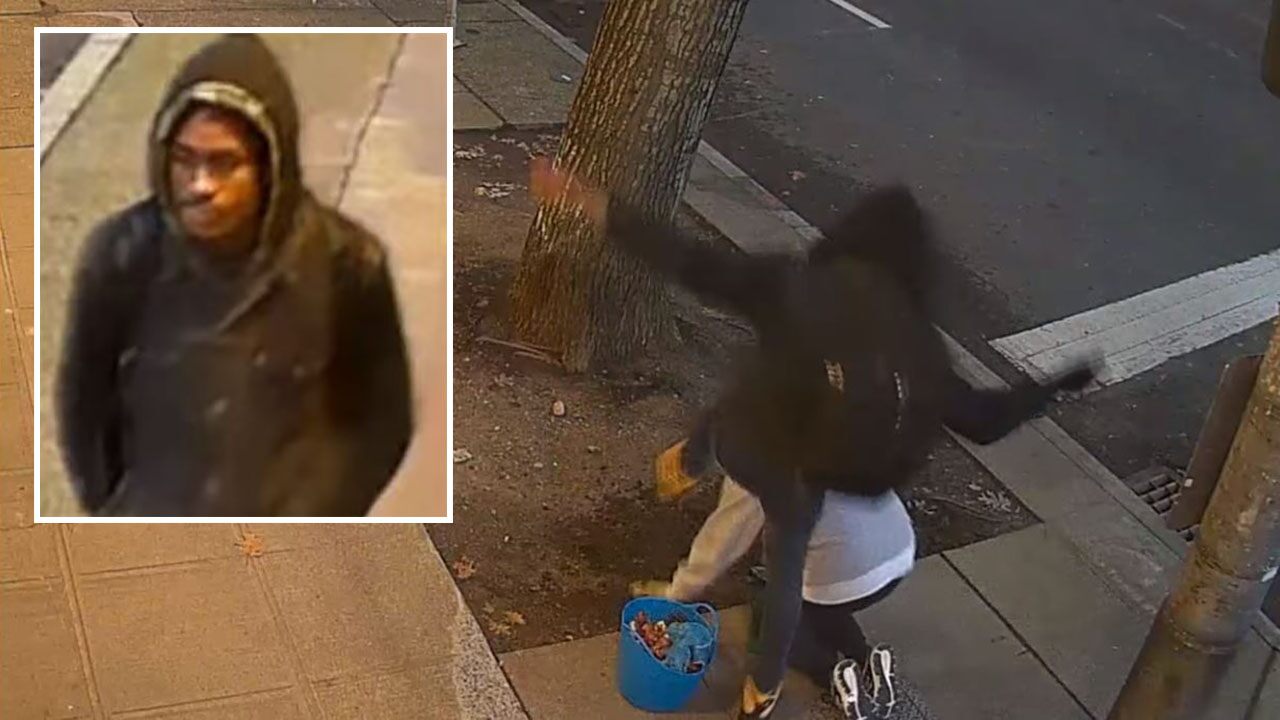 Seattle police are hunting for a man seen on video kicking two women in the head in separate, seemingly random attacks last week.
Investigators said the man attacked a 56-year-old woman who was planting flowers at the base of a tree on a sidewalk in the city's Belltown neighborhood on Jan. 7.
TEXAS MOM, BOYFRIEND CHARGED IN 8-YEAR-OLD BOY'S MURDER AS DISTURBING DETAILS EMERGEPolice released video that shows the man approaching the woman from behind as she is on her knees and kicking her in the side of her head.
The woman was hospitalized with serious injuries, including about 10 fractures to her cheekbone, nose, sinuses and eye socket.
Andrea Suarez, who volunteers with the victim around the community, told KOMO News that she has "no more words" and asked, "What do we have to do as a society to get security in this city?"
"Down on her hands and knees planting tulips in January and has this random act of violence, is just unimaginable," Suarez said.
Detectives believe the same man boarded a Metro bus in the University District a day earlier and attacked another woman.
The man had become upset at the woman, who was talking on her phone, and kicked her in the head, police said.
The woman suffered a concussion in the attack.
CLICK HERE TO GET THE FOX NEWS APPInvestigators are asking the public to help identify the suspect.
Anyone with information on the attacks can call the police tip line at 206-233-5000.