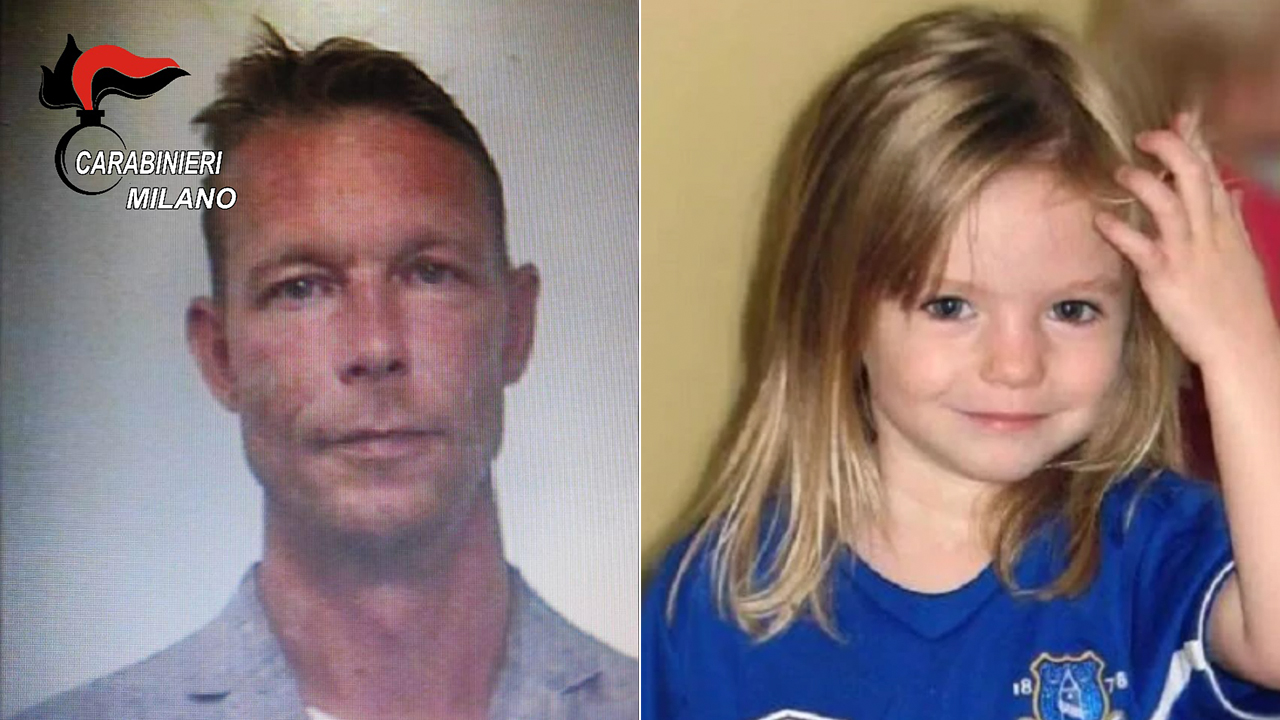 The chief suspect in the disappearance of Madeline McCann in 2007 is reportedly being investigated by German authorities for allegedly raping a 20-year-old Irish woman in 2004, according to Monday reports.
German national Christian Brückner is suspected of attacking and raping Hazel Behan in her apartment in Praia da Rocha, a beach resort in southern Portugal.
In June 2020, British authorities announced that Brückner had been identified as a suspect in the disappearance of McCann.
The three-year-old British girl was vacationing with her family in Praia da Luz in May 2007 when she vanished from her hotel room where she and her siblings were sleeping.
Brückner, now 44, was in and around the Praia da Luz resort area at the time of the girl’s disappearance.
Behan notified police of her 2004 assault after recognizing Brückner during a video appeal related to McCann's disappearance, the Irish Examiner reported.
The area where she was raped, Praia da Rocha, is roughly 15 miles from the area where Brückner was living at the time of McCann’s disappearance.
Brückner is now serving prison time in Germany for raping an American woman in Praia da Luz in 2005.
Authorities named him last year as the chief suspect in McCann’s disappearance.
Behan told the Guardian around that time that Brückner’s attack on the American woman was similar to the one she had experienced.
CLICK HERE TO GET THE FOX NEWS APPThe investigation into Brückner comes on the 14th anniversary of McCann’s disappearance and just over a week before her 18th birthday.
"As we have said repeatedly, we need to know what has happened to our lovely daughter, no matter what," they wrote.