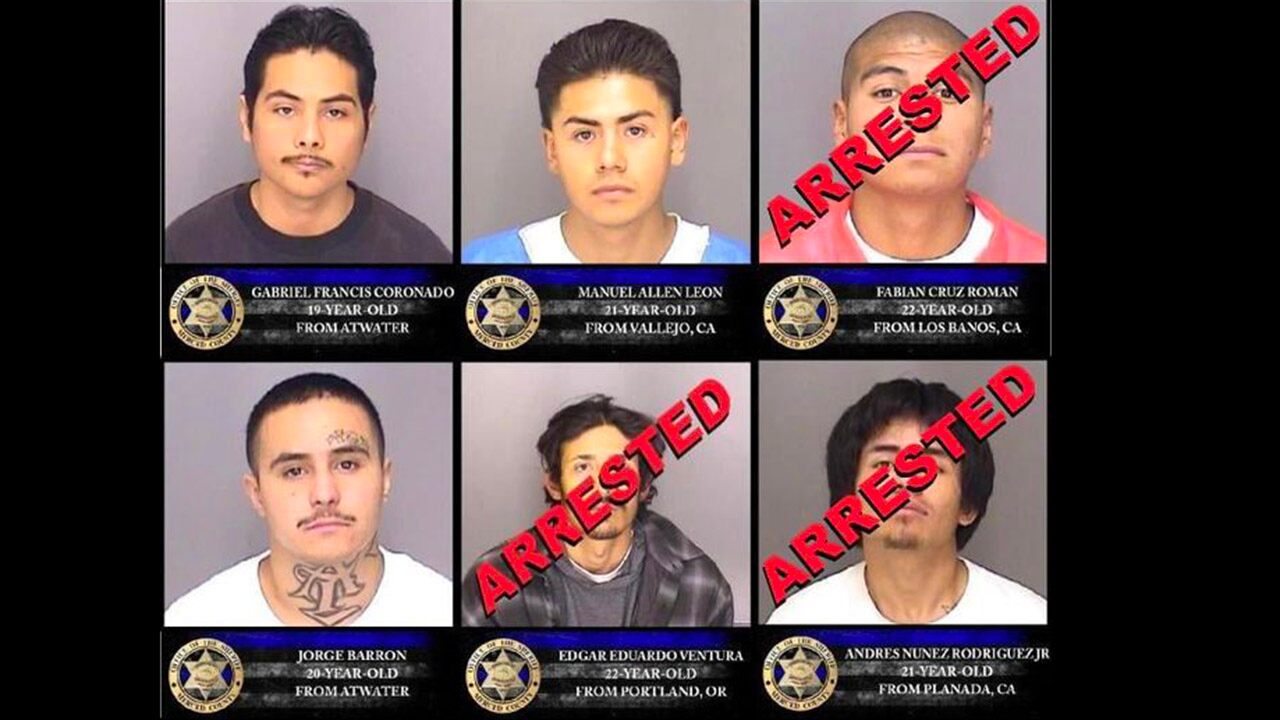 Three of six inmates who escaped from a California prison in a late-night jailbreak were captured Tuesday, according to authorities.
OVERNIGHT ESCAPE REVELS RULE AGAINST PRISON GUARDS DISTURBING INMATES' SLEEPFabian Cruz Roman, 22, and Andres Nunez Rodriguez, 21, were "apprehended without incident" in the San Diego area and were taken into custody Tuesday night, the Merced County Sheriff's Office said in a statement.
Roman was facing murder charges, and Rodriguez was in jail on attempted murder charges, police said.
Edgar Eduardo Ventura, 22, was captured earlier in the day.
He is charged with being a felon in possession of a firearm, participation in a criminal street gang and violation of probation.
SAN DIEGO POLICE DECLARE 'UNLAWFUL ASSEMBLY' AS TRUMP SUPPORTERS, COUNTER-PROTESTERS FACE OFFOfficers from local, state and federal agencies are assisting in the search for the three suspects still on the loose.
They are advising the community to remain vigilant, and not approach the prisoners if they are spotted, as they are considered armed and dangerous.
The six men broke out of the Merced County Jail about 11:30 p.m. on Saturday, after climbing to the 20-foot-high roof and using a makeshift rope made out of braided sheets to come down the side of the building, Merced County Sheriff Vern Warnke said.
Warnke said that although officers were on patrol that night, the jail has a rule that inmates must be allowed to sleep through the night, and should not be woken up from their sleep, which is why they weren't discovered sooner.
CLICK HERE FOR THE FOX NEWS APPA reward of up to $5,000 per escapee is being offered for any information leading to their capture, police said.
To provide information, you may call: 1-877-WANTED-2 (1-877-926-8332) or visit the following link: https://www.usmarshals.gov/tips/index.html