The bizarre story of the inventor of ransomware 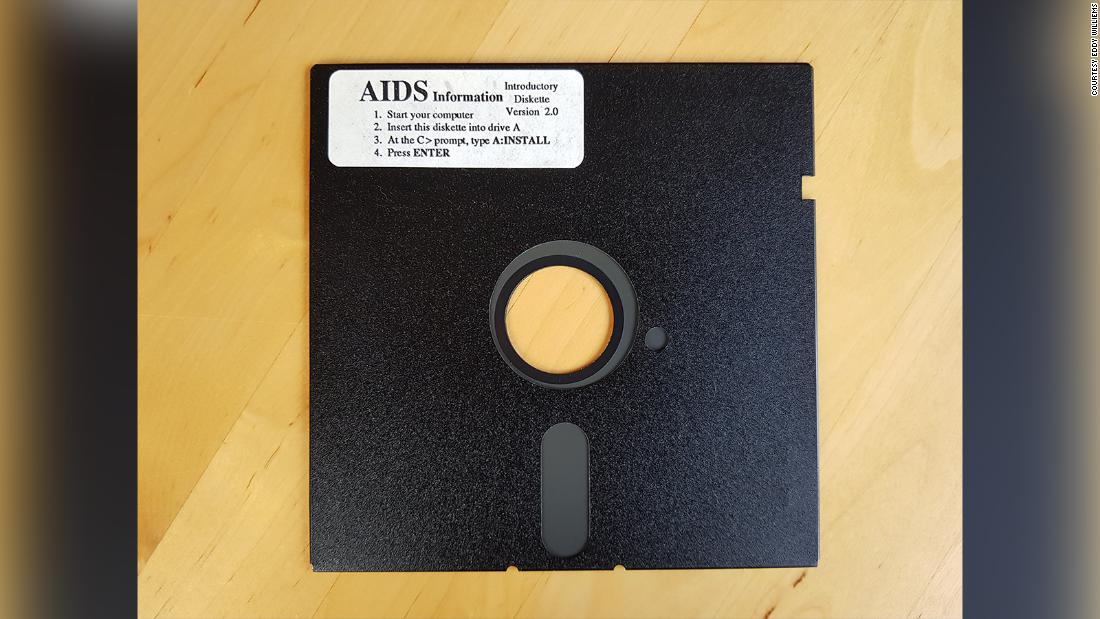 (CNN) Eddy Willems was working for an insurance company in Belgium back in December 1989 when he popped the floppy disc into his computer.
A few days after inserting the disc, Willems' computer locked and a message appeared demanding that he send $189 in an envelope to a PO Box in Panama.
The floppy discs were sent to addresses all over the world obtained from a mailing list.
Law enforcement traced the effort to a PO box owned by a Harvard-taught evolutionary biologist named Joseph Popp, who was conducting AIDS research at the time.
Security expert Eddy Williams with his original floppy disc with ransomwareAfter his arrest at Amsterdam's Schiphol Airport, Popp was sent back to the United States and imprisoned.
He allegedly told authorities he had planned to donate the ransom money to AIDS research.
The US Justice Department recently said 2020 was "the worst year to date for ransomware attacks."
Ransomware typically wreaks havoc on computer systems either after someone clicks on a malicious link and unknowingly installs software or from a vulnerability on an outdated server.
One of the biggest problems about ransomware nowadays is that ransoms are often paid with cryptocurrency, such as bitcoin, which is exchanged anonymously and not traceable.
While most large-scale ransomware activity stems from organized crime groups — as is the case with the US pipeline — Popp seemed to have acted alone.
He obviously had strong feelings about AIDS and AIDS research."
The floppy disc, now a piece of security history and likely one of the few left in the world, hangs on Willems' living room wall.
Source