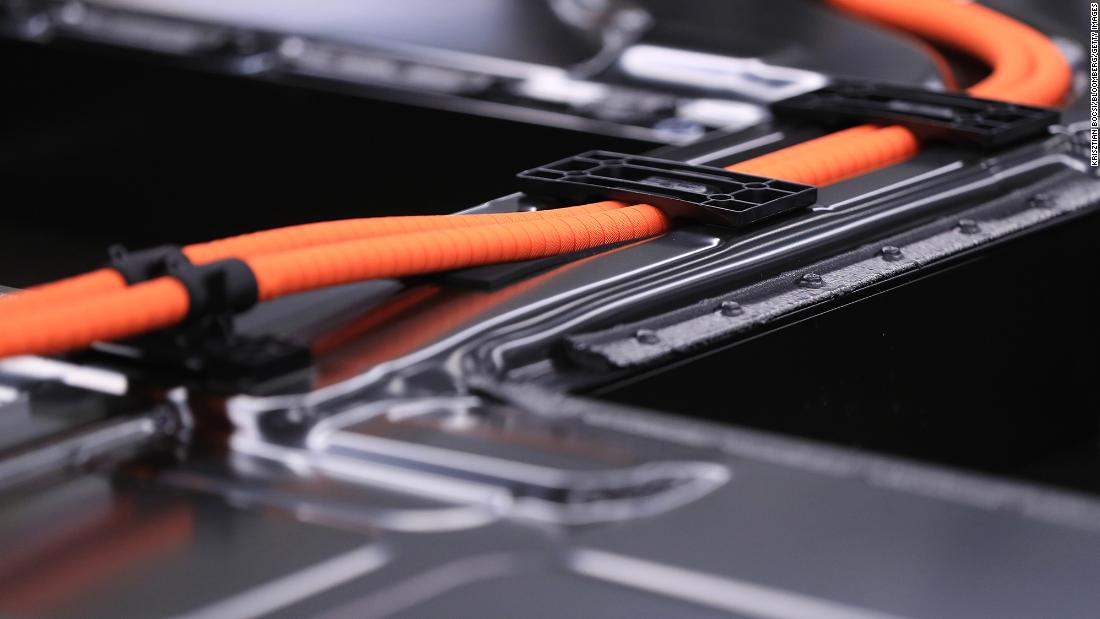 New York (CNN Business) The incredible stock market surge for Tesla isn't just making Elon Musk and Tesla investors rich.
Traders betting on lithium miners and battery makers are also benefiting from Tesla's success.
Lithium is a key component for batteries in electric cars.
The, a fund that ownsand other companies in the electric battery business, is up 15% in 2021 and it has soared more than 65% in just the past three months.
"You can't have electric cars without batteries and you cant have batteries without lithium," said Keith Phillips, CEO of, a lithium miner whose stock has surged nearly 35% so far in 2021.
The growing global demand for electric cars is helping companies that mine and produce lithium as well as the manufacturers of the lithium-ion batteries that are needed for cars and trucks made by Tesla and its rivals.
JUST WATCHED Demand for electric cars has grown slowly.
But the tsunami is coming Replay More Videos ... MUST WATCH Demand for electric cars has grown slowly.
"We're piggybacking off of global consumer demand for electric vehicles since that brings prices down to make batteries."
Global X Autonomous & Electric Vehicles ETF DRIV Global X's Palandrani told CNN Business that Tesla deserves a lot of credit for helping to make the electric car business go mainstream with both consumers and investors.
As such, the lithium ETF also owns electric car maker BYD, battery manufacturer CATL and miner Ganfeng.
"It would be myopic to think that Tesla is the only important company in the industry,"
Source