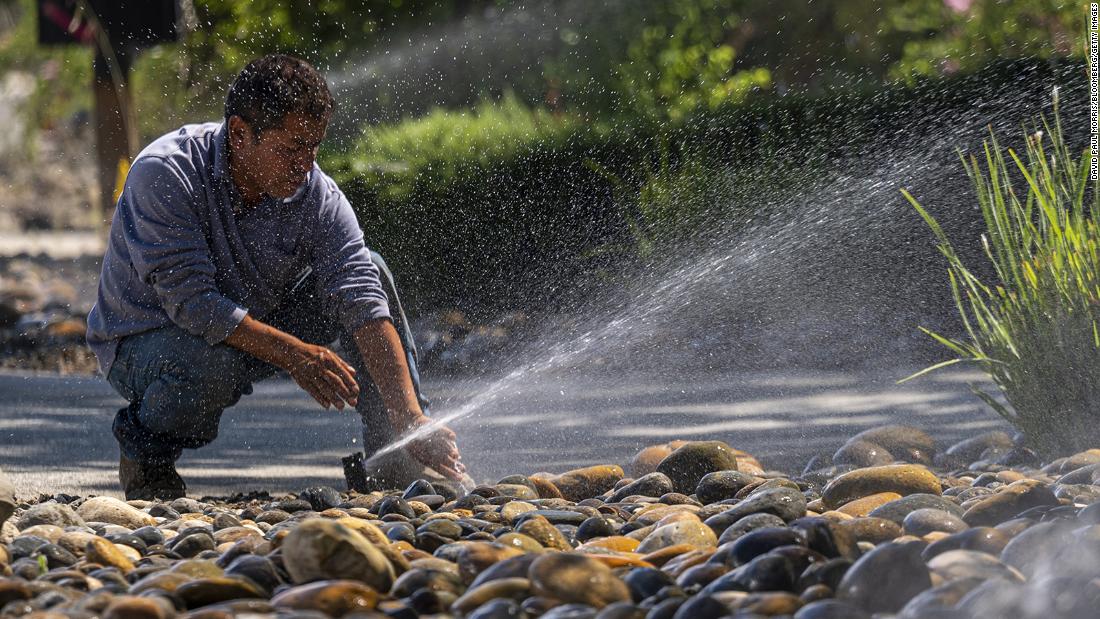 (CNN) Northern California residents, from those living by the Bay to those living on lake houseboats, are coming under threat as a severe drought continues to intensify.
Nearly two million people in the San Francisco Bay Area have been placed under a water shortage emergency Wednesday as the state grapples with worsening drought conditions.
Mandatory water restrictions have been issued for Santa Clara County as officials said the move is necessary to combat low water supply.
"We can't afford to wait to act as our water supplies are being threatened locally and across California," Tony Estremera, director of the Santa Clara Valley Water District, said in a news release .
"To better deal with these threats and the emergency they are causing, today my fellow Board Members and I unanimously declared a water shortage emergency condition in Santa Clara County."
Under the emergency declaration, nearly two million people are being asked to reduce their water usage by 15% when compared to 2019.
People are also encouraged to limit watering their lawns and filling their pools.
Source