Burger King is bringing back this fan-favorite menu item 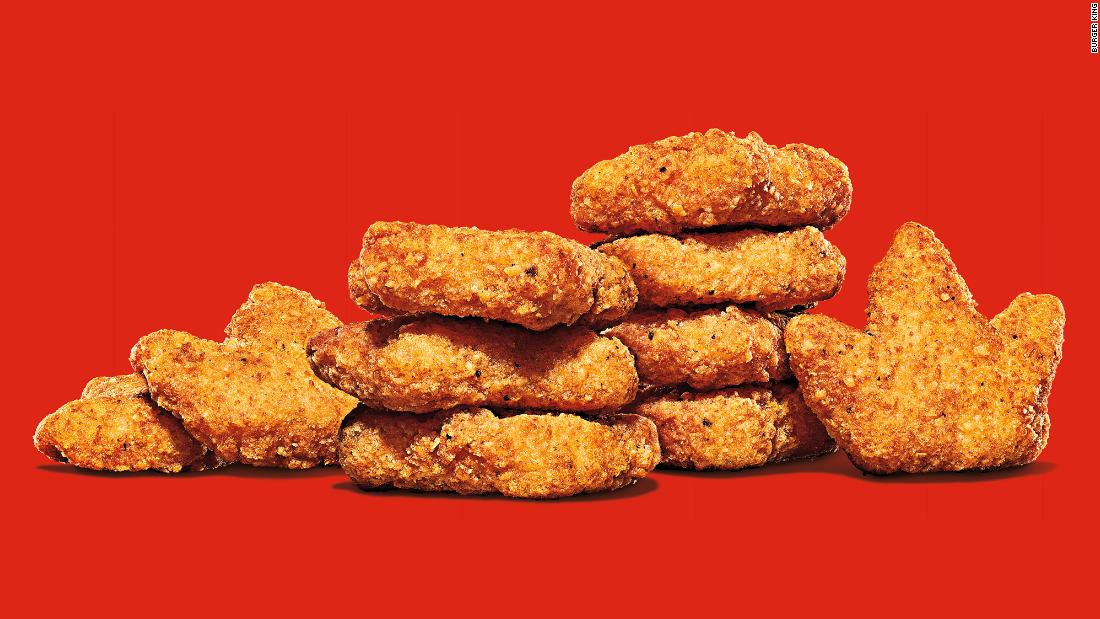 New York (CNN Business) Burger King is bringing back crown-shaped chicken nuggets after a 10-year absence, the latest nostalgia play in the fiercely competitive fast-food industry.
The "fan favorite" nuggets, which were removed from menus in 2011, are coming back following pleas from Burger King's customers.
Burger King fans had started a petition for their return that has attracted more than 2,000 signatures.
The chain's Twitter account also regularly teases its followers about their reappearance.
Burger King is bringing back these nuggets.
However, they're not coming back nationwide just yet: The crown-shaped nuggets are being sold at 25 locations around Miami for a limited time, at $1.49 for 10 nuggets.
Burger King said fans should "stay tuned for additional information regarding a potential nationwide launch."
Similar to its regular nuggets, the crown-shaped nuggets are made from white meat with a crispy coating.
The crown shape makes them "perfect for dipping," the chain says.
Source