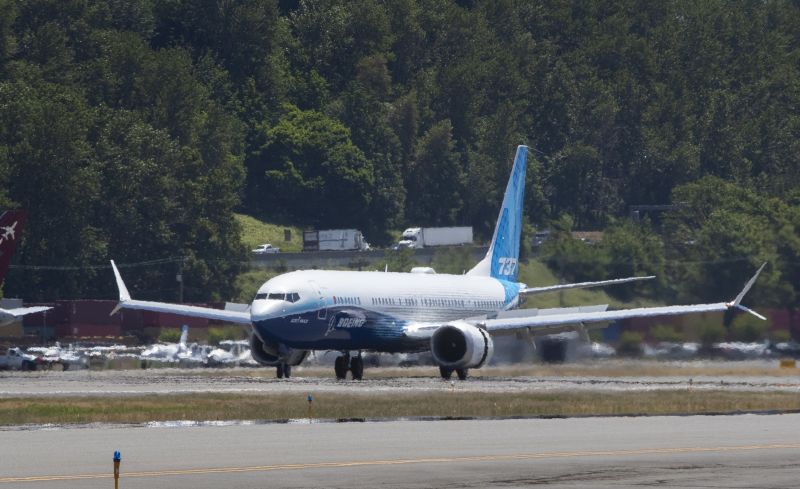 New York CNN Business —Boeing and its former CEO Dennis Muilenburg agreed to pay hefty fines to settle charges from the Securities and Exchange Commission that they misled the public about the safety of the 737 Max following two fatal crashes in 2018 and 2019.
The SEC alleges that, following an October 2018 crash of a Lion Air 737 Max jet that killed 189 people, Boeing and Muilenburg knew that part of the plane’s flight control system posed an ongoing safety concern yet told the public that the 737 Max was safe to fly.
After a March 10, 2019 fatal 737 Max crash, the SEC alleges that Boeing and Muilenburg knowingly misled the public about “slips” and “gaps” in the certification process of that flight control system.
“In times of crisis and tragedy, it is especially important that public companies and executives provide full, fair, and truthful disclosures to the markets,” said SEC Chair Gary Gensler in a statement.
“The Boeing Company and its former CEO, Dennis Muilenburg, failed in this most basic obligation.
They misled investors by providing assurances about the safety of the 737 MAX, despite knowing about serious safety concerns.”In a statement, Boeing said that the settlement “fully resolves the SEC’s previously disclosed inquiry into matters relating to the 737 MAX accidents.”“Today’s settlement is part of the company’s broader effort to responsibly resolve outstanding legal matters related to the 737 MAX accidents in a manner that serves the best interests of our shareholders, employees, and other stakeholders,” Boeing said.
The company and Muilenburg agreed to settle charges of violating the antifraud provisions of US securities laws, but they did not admit or deny the SEC’s allegations.
Boeing agreed to pay a $200 million settlement, and Muilenburg agreed to pay $1 million.
“Boeing and Muilenburg put profits over people by misleading investors about the safety of the 737 Max all in an effort to rehabilitate Boeing’s image following two tragic accidents that resulted in the loss of 346 lives and incalculable grief to so many families,” said Gurbir Grewal, director of the SEC’s Enforcement Division in a statement.
The fines, though large, pale in comparison to the financial hit Boeing has taken over the years because of the 737 Max.
Boeing’s stated losses have reached tens of billions of dollars, and that doesn’t count the company’s ongoing legal exposure.
Shares of Boeing (BA) fell more than 3% Thursday but rose slightly in afterhours trading following the SEC’s announcement.
Source