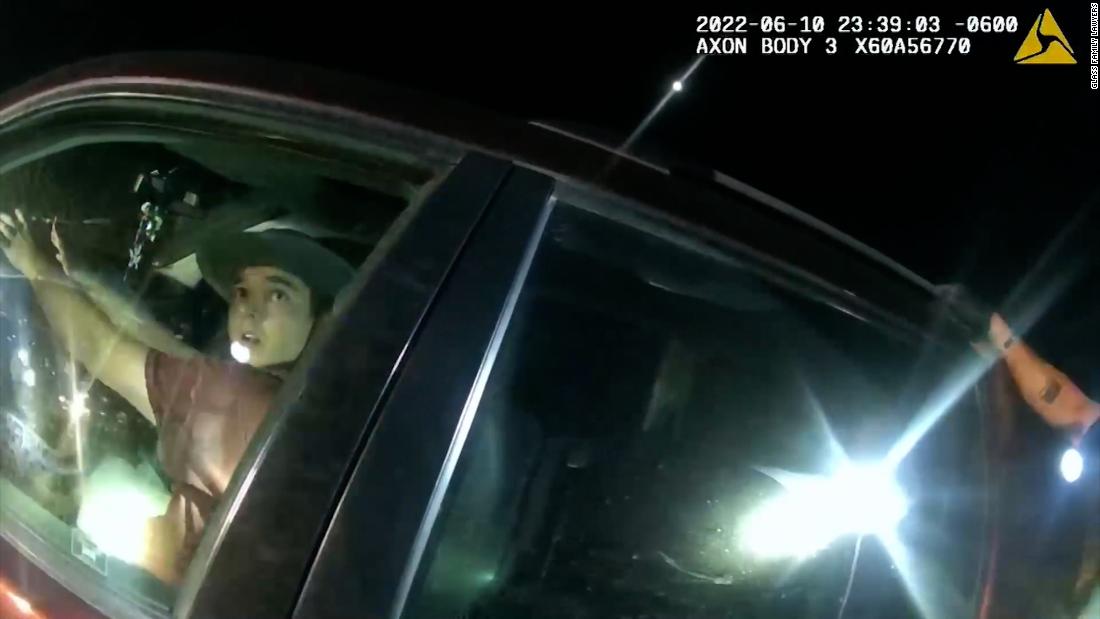 (CNN) Two Colorado deputies have been indicted and fired following investigations into the June fatal police shooting of Christian Glass, a 22-year-old man who was armed with a knife and had called 911 for roadside assistance, officials and family attorneys say.
A grand jury Wednesday delivered an indictment against Clear Creek County Sheriff's deputies Andrew Buen, 29, and Kyle Gould, 36, according to Fifth Judicial District Attorney Heidi McCollum's office.
Buen is charged with 2nd degree murder, official misconduct and reckless endangerment, while Gould is charged with criminally negligent homicide and reckless endangerment, according to online court records.
The charges stem from the killing of Glass, who was shot in the early morning of June 11 -- more than an hour after police first arrived -- and pronounced dead on scene, according to the sheriff's office.
The autopsy report showed Glass' injuries were fatal and included five gunshot wounds to the torso and one to his right arm.
The Clear Creek County Sheriff's Office received a "motorist assist" call on June 10 at 11:21 p.m. for what appeared to be a vehicle accident, the office said, but said its driver, Glass, "immediately became argumentative and uncooperative with the Deputies and had armed himself with a knife."
Source