These Uyghurs were locked up by the US in Guantanamo. Now they're being used as an excuse for China's crackdown in Xinjiang 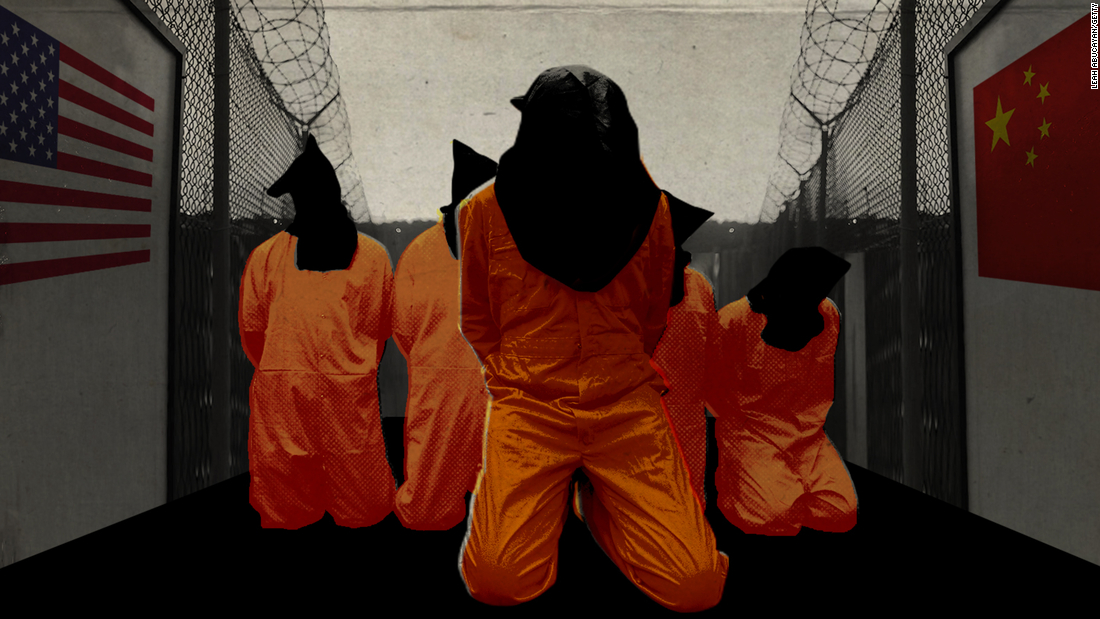 They were Uyghurs, a Turkic-speaking, predominantly Muslim ethnic group from Xinjiang, a region in far-western China, also referred to by some as "East Turkestan."
"They will not only pose severe threat to China's national security, but also to that of the recipient country."
China viewed Uyghurs who left the country with deep suspicion, especially if there was any suggestion they might have been radicalized.
Many other Uyghurs who would end up in Guantanamo provide similar accounts.
They didn't tell the Pakistanis that they were Uyghurs, for fear of being sent back to China, Qassim said.
Two former Uyghur detainees approached for this article declined to be interviewed through their lawyer, citing a desire not to relive the trauma they suffered at Guantanamo.
While Chinese authorities boast of having defeated terrorism in Xinjiang, they argue that ETIM presents an ongoing threat, one that justifies the crackdown on Uyghurs and Islam generally.
Protesters call for the closure of the Guantanamo Bay detention camp during a rally in Washington DC in January 2018.
Uyghur detainees at Guantanamo Bay hold a sign calling for their release during a visit by reporters in 2009.
Demonstrators protest the detention of Uyghurs at Guantanamo Bay on February 12, 2009 in Washington, DC, near the Lincoln Memorial.
Attempts by some of the Uyghurs to leave the places where they resettled have so far been unsuccessful.
Ayoub is part of a lawsuit three former Guantanamo detainees have brought against the Canadian government, trying to force Ottawa to allow them to travel to that country.
Source