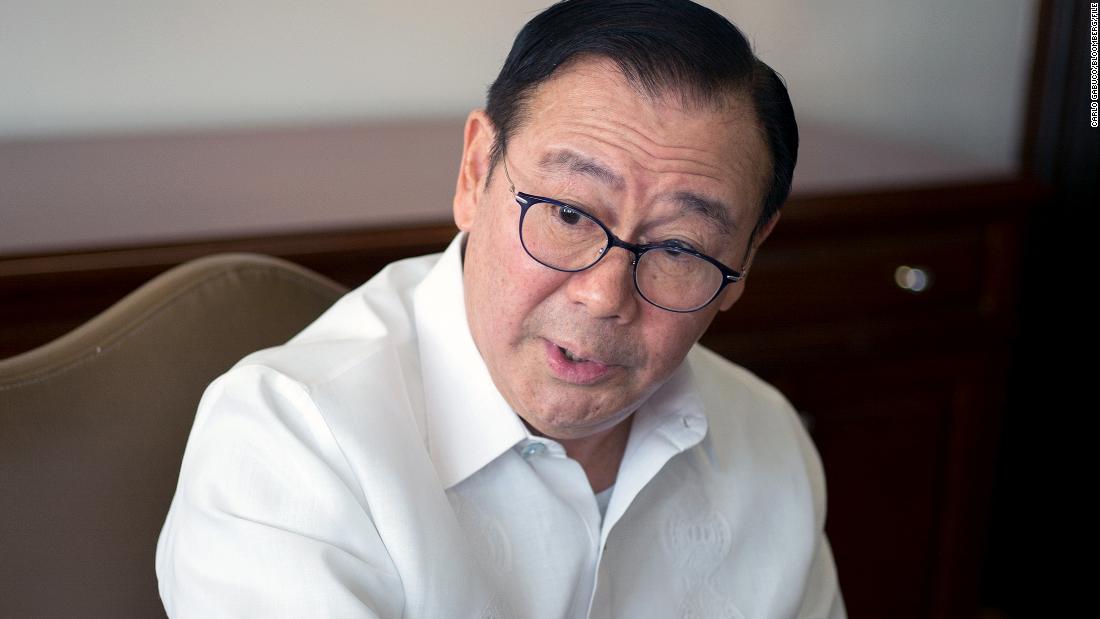 The Philippine foreign minister on Monday demanded in an expletive-laced Twitter message that China's vessels get out of disputed waters, the latest exchange in a war of words with Beijing over the South China Sea.
The comments by Teodoro Locsin, known for blunt remarks, follow Manila's protests for what it calls the "illegal" presence of hundreds of Chinese boats inside the Philippines' 200-mile Exclusive Economic Zone (EEZ).
"China, my friend, how politely can I put it?
Let me see... O...GET THE F**K OUT," Locsin tweeted on his personal account.
"What are you doing to our friendship?
We're trying.
You're like an ugly oaf forcing your attentions on a handsome guy who wants to be a friend; not to father a Chinese province ..." Locsin said.
China's embassy in Manila did not immediately respond to a request for comment.
Chinese officials have previously said the vessels at the disputed Whitsun Reef were fishing boats taking refuge from rough seas.
Source