How Equinox is transforming into the 'HBO of fitness' 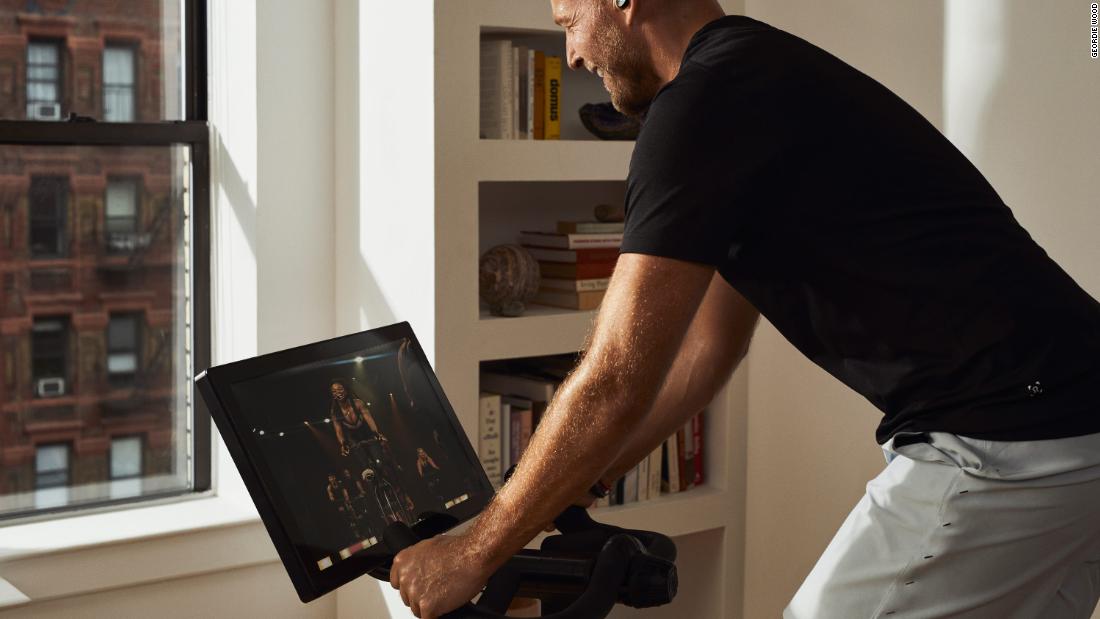 New York (CNN Business) Fitness companies found themselves pivoting last year after the pandemic forced the sudden closure of gyms, which upended people's workout routines.
They turned to apps — and, as Peloton's success and Apple's Fitness+ entrance prove, users aren't turning back.
For Equinox, that's a problem.
The upscale fitness chain made its name on eucalyptus towels, lavish facilities and expensive equipment.
But its future is starting to rely on phone screens as people's habits have changed.
Expensive memberships to its roughly 100 gyms across the United States served as Equinox's primary revenue driver for its three-decade existence.
Digital, meanwhile, wasn't top of mind.
That changed last year when the company started selling stationary bikes that streamed SoulCycle classes and launched a $39.99 per month app, called Equinox+, that is loaded with spin classes, meditation, strength training, boxing and even Tom Brady-backed recovery workouts.
The Equinox+ app.
The New York-based company is also trying differentiate itself with its "tribrid" model, which includes working out at home through its app, visiting its gyms and exercising outdoors.
Equinox is experimenting with outdoor gyms it calls "In the Wild" and has opened 20 "SoulCycle Outside" studios.
Simon Belsham, president of Equinox Media, said its physical footprint and its app is giving the brand an advantage over its buzzier rivals.
Source