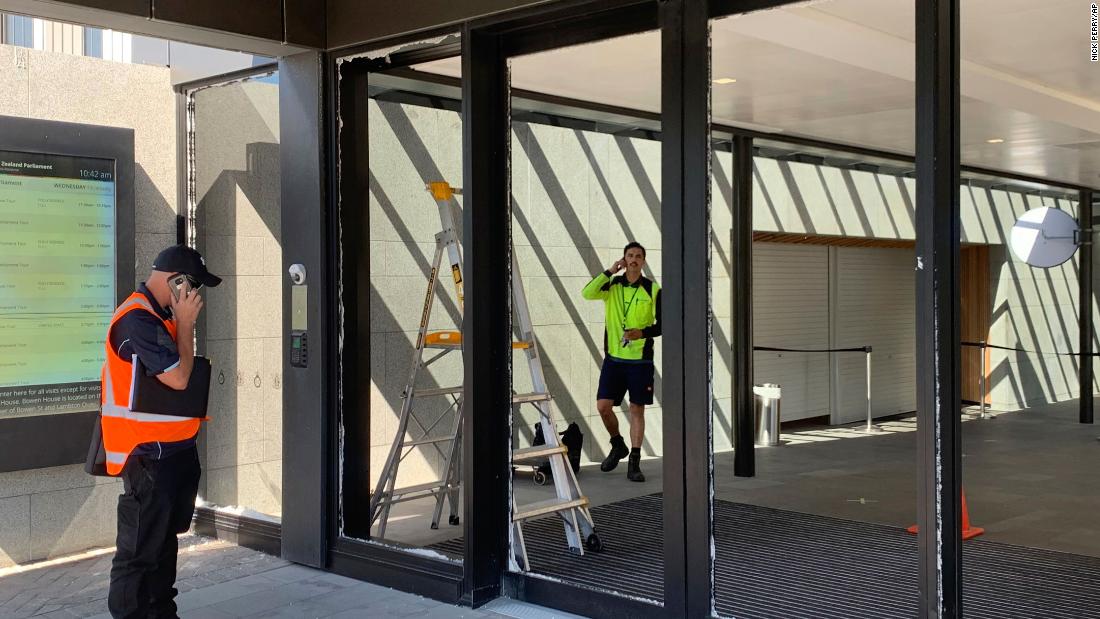 (CNN) A man smashed the glass front doors of New Zealand's Parliament building with an axe early on Wednesday morning, according to authorities in the country.
Police officers were called to the scene in the capital Wellington, and arrested the man without incident, a New Zealand police spokesperson said.
"The man caused some damage to glass panels but did not attempt to enter the building," the spokesperson said.
The 31-year-old man appeared at the Wellington District Court Wednesday morning for intentional damage and possession of an offensive weapon, the spokesperson said.
The motive for the attack is unclear and police declined to comment further, citing the ongoing court case.
Crews on the scene at Wellington's Parliament building in New Zealand on January 13.
After his court appearance, the man was bailed to a secure mental health unit, and has been seen by a forensic nurse and mental health professional, according to CNN affiliate Radio New Zealand (RNZ) .
He is scheduled to return to court on January 28.
Source