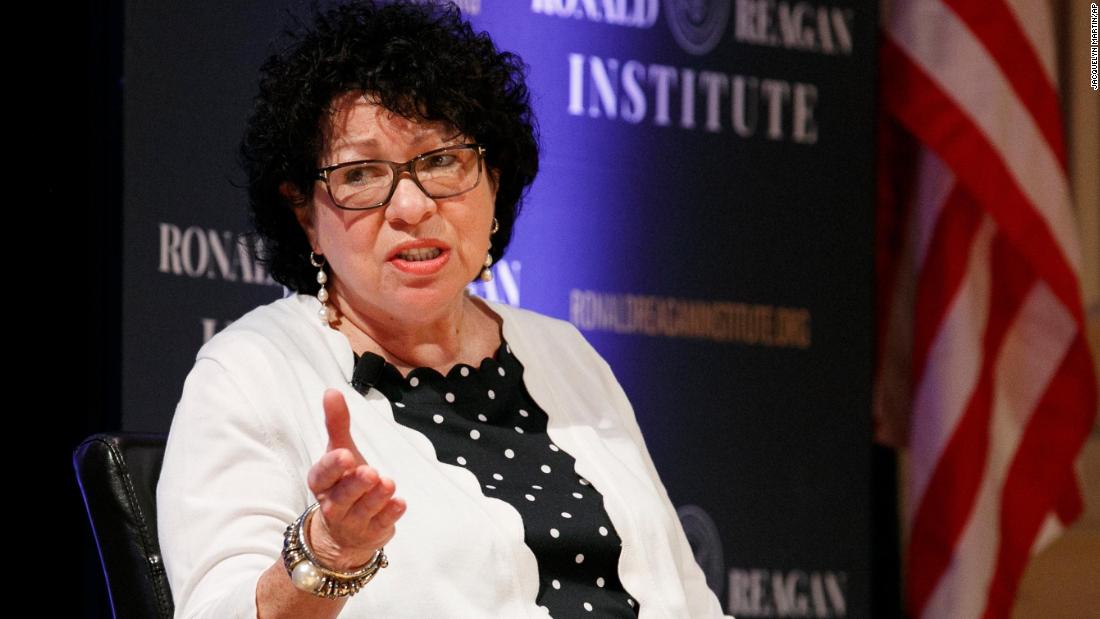 (CNN) Justice Sonia Sotomayor told an audience Wednesday that recent changes in the format of oral arguments were instituted in part after studies emerged showing that female justices on the court were interrupted more by male justices and advocates.
She also said that it is a dynamic that exists not only on the court but in society as well.
Sotomayor said that she had noticed the pattern "without question" before the system was changed on the bench and sometimes she would respond in a way that she knew was probably not ideal.
The comments came during a talk before New York University School of Law for a conference dedicated to diversity and inclusion.
The court's new system at oral arguments has been most evident this term now that the justices are back in open court.
So far, even in contentious cases, the justices haven't cut each other off -- something that often occurred in past terms.
The traditional format has been changed to allow each justice -- once an attorney's time has expired -- to ask specific questions in order of seniority.
Sotomayor also echoed President Joe Biden's criticisms about the current court's lack of professional diversity.
"I do worry that the authorities who are selecting judges are not paying enough attention to that kind of diversity as well," Sotomayor said.
She said that she works to hire law clerks with diverse backgrounds and selects her audiences carefully to spread her message.
"If you are a person of color, you have to work harder than everybody else to succeed," Sotomayor said.
"It's the nature of -- the competitive nature of our society -- where you have to prove yourself every day."
Source