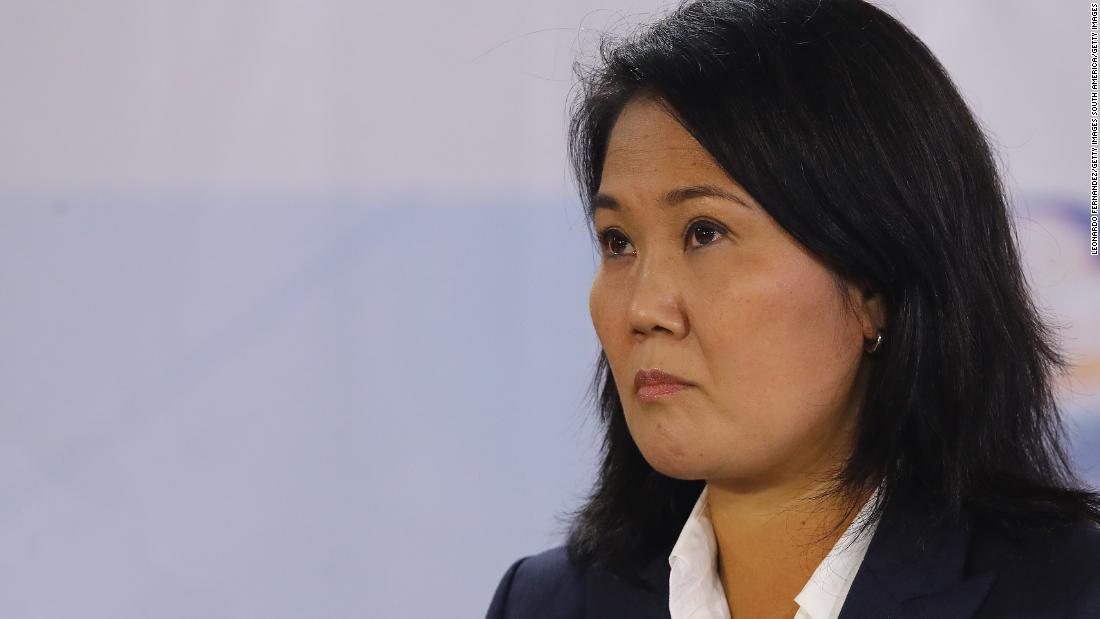 (CNN) The lead prosecutor in an ongoing Peruvian corruption case urged a judge Thursday to send presidential candidate Keiko Fujimori back to preventive prison in connection with an ongoing corruption case, even as votes continue to be tallied.
Fujimori has dismissed the request as absurd.
"The prosecutor knows where I live, I'm not going to flee," she said.
She currently trails Pedro Castillo, a high school teacher who has never held public office, in a knife-edge race to be the next president of Peru.
Turnout in Sunday's election was 77%.
Jose Domingo Perez, the lead prosecutor in what is called the Odebrecht corruption case, argued Thursday that Fujimori had violated restrictions in the case, which has been under investigation since 2018.
According to state-run news agency Andina, Perez accused Fujimori of breaching "the rule of conduct" that prohibits her from communicating with case witnesses.
During a press conference Wednesday, Keiko Fujimori was seen with Miguel Torres, an Odebrecht case witness, according to Andina.
Torres was introduced as the lawyer and spokesman for Fujimori's party, Fuerza Popular.
Source