In Pennsylvania, Oz needs to energize rural voters who spurned him in the primary 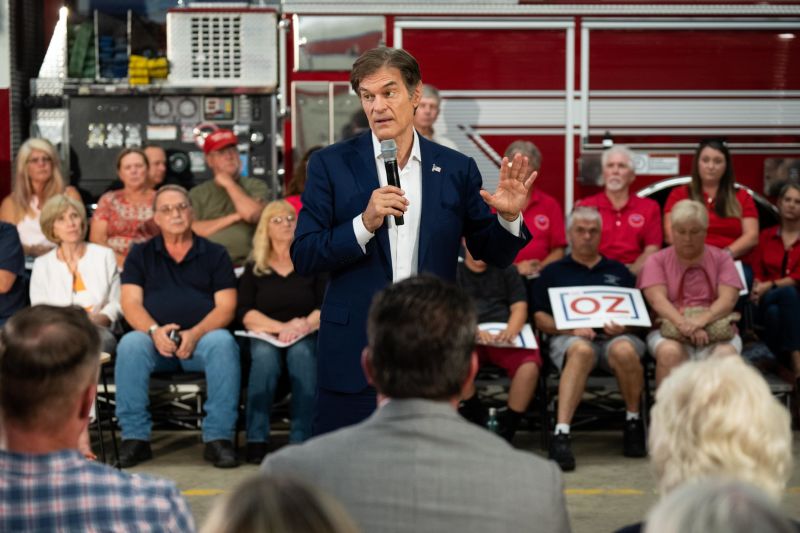 The argument – along with an endorsement from former President Donald Trump – helped him narrowly win the primary.
But as the nominee, Oz faces a new dilemma: Motivating the commonwealth’s most conservative voters.
In Pennsylvania’s rural, conservative stretches, areas that overwhelmingly voted for Trump in 2020, Oz is somewhat of an afterthought.
Many conservative voters in some of these rural counties told CNN they plan to vote for the celebrity doctor.
Oz stopped at the diner back in February – and narrowly won the country in the May primary.
And the Democrat could be aided in that effort by the lack of enthusiasm for Oz from the GOP base.
Just 36% of likely Oz voters said they were “very enthusiastic” about voting for the Republican, while 64% of registered Republicans said they wished someone else had been nominated, according to the poll.
Guy Berkebile, the chair of the Somerset County Republican Party, acknowledged the same: “Some of them, it took a little time,” he said of Republicans who harbored apprehensions about Oz.
“But they’re realizing that my best option is to be vote for Dr. Oz.”Berkebile hosted Oz at his company, Guy Chemical, earlier this year.
“We’re a very Christian-based, conservative county.
Many in Smith’s group supported Barnette in the primary – and Jefferson was one of the few counties she won in May.
“Our philosophy is that even if Oz was liberal compared to us, he is an ultra-conservative compared to Fetterman,” Smith said.
Source