Believe it or not, GOP members going through metal detectors has nothing to do with the Constitution 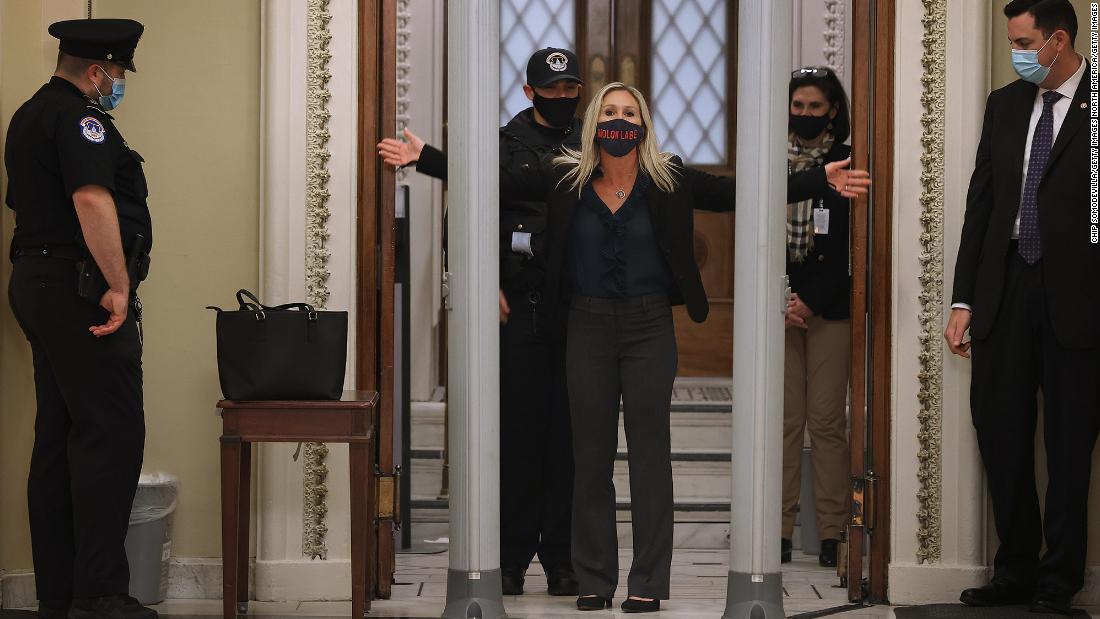 (CNN) On Tuesday, magnetometers were installed just off the House floor as a safety measure in the wake of the riot that led to the overrunning of the US Capitol last Wednesday.
Members of Congress were required to go through them.
While there were some Democratic members who expressed frustration at the mags and the lines they cause, it was Republican House lawmakers who resisted the move most fervently.
"This is crap right here," said Arizona Rep. Andy Biggs (R).
"You can't stop me; I'm on my way to a vote," Texas Republican Rep. Louie Gohmert told the Capitol Police as he walked around the magnetometers.
But I think my favorite Republican response came from Oklahoma Rep. Markwayne Mullin, who said of the magnetometers : "It's my constitutional right.
Mullin doesn't need to go through magnetometers -- put in place following the first significant breach of the US Capitol since the war of 1812 -- because of the Constitution?
Where, exactly, in the Constitution does it say that you don't have to wait in line if you are a member of Congress?
(Sidebar: I would love for there to be something unconstitutional about being forced to wait in lines.
I once lost three years of my life in a line for the "Toy Story" roller coaster at Disney World.)
I was struck every single time by the way that members carried themselves -- and how their staff treated them.
One thing all these carping members would do well to remember is this: It's called the People's House for a reason.
Source