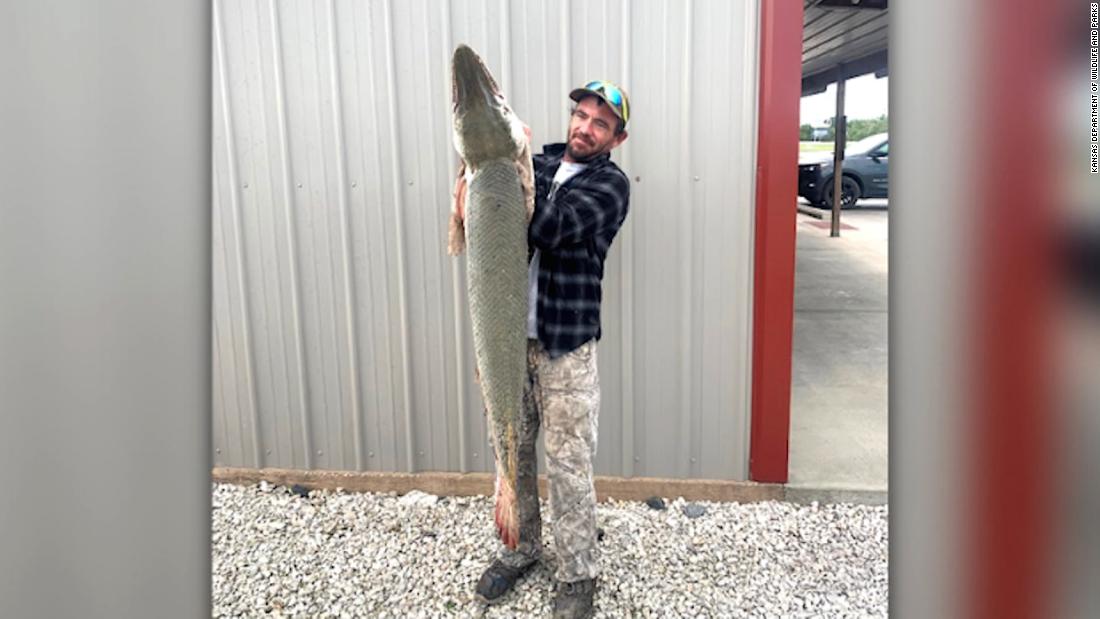 (CNN) A creature known as a "living fossil" -- the alligator gar -- has found its way to Kansas for the first time in documented history.
Angler Danny Lee "Butch" Smith caught the 4.5-foot, 39.5-pound fish (1.37 meters, 17.92 kg) September 20 on a routine fishing trip in the Neosho River, according to the Kansas Department of Wildlife and Parks .
The alligator gar's fossil records date back to nearly 100 million years ago, hence the nickname "living fossil fish."
Smith has seen gar before -- longnose, shortnose and spotted gar are local to Kansas -- but nothing like this one.
That's because alligator gar are not native to Kansas waters.
"When it came up out of the water the first time ...
I was shocked, I was stunned.
I've seen gar jump, but nothing like this one did."
Smith said.
"This is a once-in-a-lifetime deal, I'm sure."
Unlike other gar typically seen in Kansas, alligator gar have a broader snout and resemble an American alligator.
The rare fish can be found from southwestern Ohio and southern Illinois to the Mississippi River drainage basin, and extend south of the Gulf of Mexico, according to the United States Fish & Wildlife ServiceRead More
Source