New York City DWI lawyers Russ Kofman and Arthur Lebedin release a new article (https://www.lebedinkofman.com/do-laws-address-bac-levels-below-0-8/) explaining the laws surrounding BAC levels below 0.08 and whether is it legal to drive with a BAC below 0.08. The lawyers mention in their article that a blood alcohol content (BAC) reading between 0.00 and 0.04 is not illegal to drive in. However, a BAC of between 0.05 and 0.07 will be considered an infraction of driving while ability impaired.

According to the article from the New York City DWI lawyers, “Police officers often believe a person is impaired if they make an admission that they had been drinking. They will then place the person under arrest, even though they maybe had a very low reading on the initial Breathalyzer or Alco-Sensor when they were pulled over. The police officer can place the person under arrest for a common law DWI.” 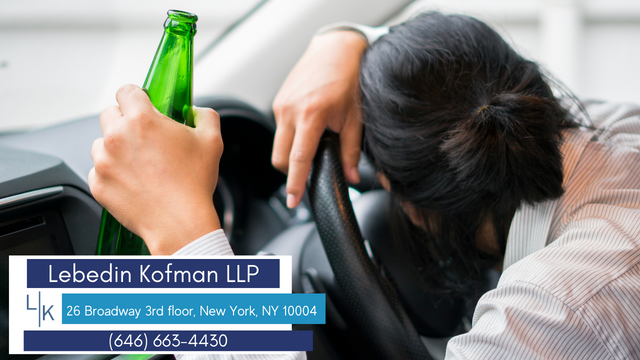 Attorney Russ Kofman says that police officers can often place someone under arrest even though their blood alcohol content is below the legal limit. It is usually because they do not want the DWI offenders to go unpunished. The officer might ask for a urine sample if the individual appears to be intoxicated but the blood alcohol level is still lower than when they arrive at the station.

Attorney Arthur Lebedin says that law enforcement officers may conclude that intoxication was due to drug use. This situation may bring other issues since a urine test may bring results other than just alcohol intoxication.

In the article, the lawyers mention that people think that if marijuana or drugs stay in their system for over two weeks or even a month. Usually, a person will refuse a urine test thinking that it will show a positive result.

The lawyers added in the article, “If they did not smoke marijuana that day, but may have had one or two drinks so they were not intoxicated or impaired, they would end up with a full-blown misdemeanor case where they would be charged with refusing to take a test. They generally end up with their license suspended at the arraignment and they will face misdemeanor charges.”

Lastly, attorney Kofman emphasizes the importance of having a skilled lawyer when facing charges of DWI. An experienced lawyer may be able to help the defendant understand their rights and protect their freedom.

Russ Kofman and Arthur Lebedin are seasoned, aggressive litigators handling cases in both the state and federal courts. Together, they manage the Lebedin Kofman Law firm. They handle civil rights cases as well as family law, high-net-worth divorce, and highly contested custody cases. Attorney Kofman and attorney Lebedin believe in their clients and work hard to fight for their rights and help them receive the best possible outcome for each of their cases. Call today to speak with an experienced attorney: (646) 663-4430.