Naples divorce attorney Russell Knight (https://divorceattorneynaplesfl.com/when-theres-no-court-order-who-has-custody-of-the-child-in-naples-florida/) releases a new article explaining who will get custody of the child if there is no court order. The lawyer mentions that in Florida, there is no official piece of paper to say who makes decisions for the child and who they should be spending time with. The automatic determination of the children is based on whether the parents were married or not at the time of the child’s birth.

“If the parents were married at the time of the child’s birth, they are both considered to be the natural parents of the child with equal rights to the child. In fact, there are no laws governing this situation without a court order. This is why when a parent removes a child to another state or even another country, it is not considered kidnapping. The parent is just exercising their equal rights over the child,” says the Naples divorce attorney. 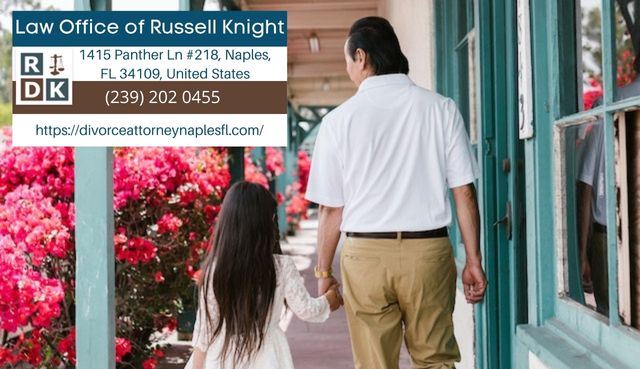 The lawyer explains that for an unmarried couple in Florida, the automatic custody of the child falls on the mother. The biological father does not have the right to equal custody of the child as he would if he was married to the child’s mother. Unless the father files for custody, they are only allowed to be the legal parent of the child and acquire equal rights as though he were married.

Attorney Russell Knight adds that whatever agreement both parents have reached before they went to court will be referred to as the “status quo”. Usually, the judge will be biased toward the status quo especially if the children are thriving emotionally and academically in that situation.

Lastly, attorney Russell Knight emphasizes the importance of having an experienced attorney when dealing with divorce and child custody. Having a skilled lawyer may be able to help the client understand if the marriage they have is a common law marriage and whether it is still valid in the state of Florida.

About the Law Office of Russell Knight

The Law Office of Russell Knight was established in 2009 by the family law attorney Russell D. Knight. The lawyer has always focused on family and divorce law. Russell's love for family law is demonstrated by the numerous articles personally written by the lawyer. Attorney Russell has been licensed as a lawyer in both Florida and Illinois. Contact his office today at (239) 202-0455.

Insurance Navy Brokers: What To Expect For A Second DUI Offense

Small US Businesses Get a Boost with Employee Retention Credits: Claim Up to $26,000 per Employee with ERC Easy Risk Free