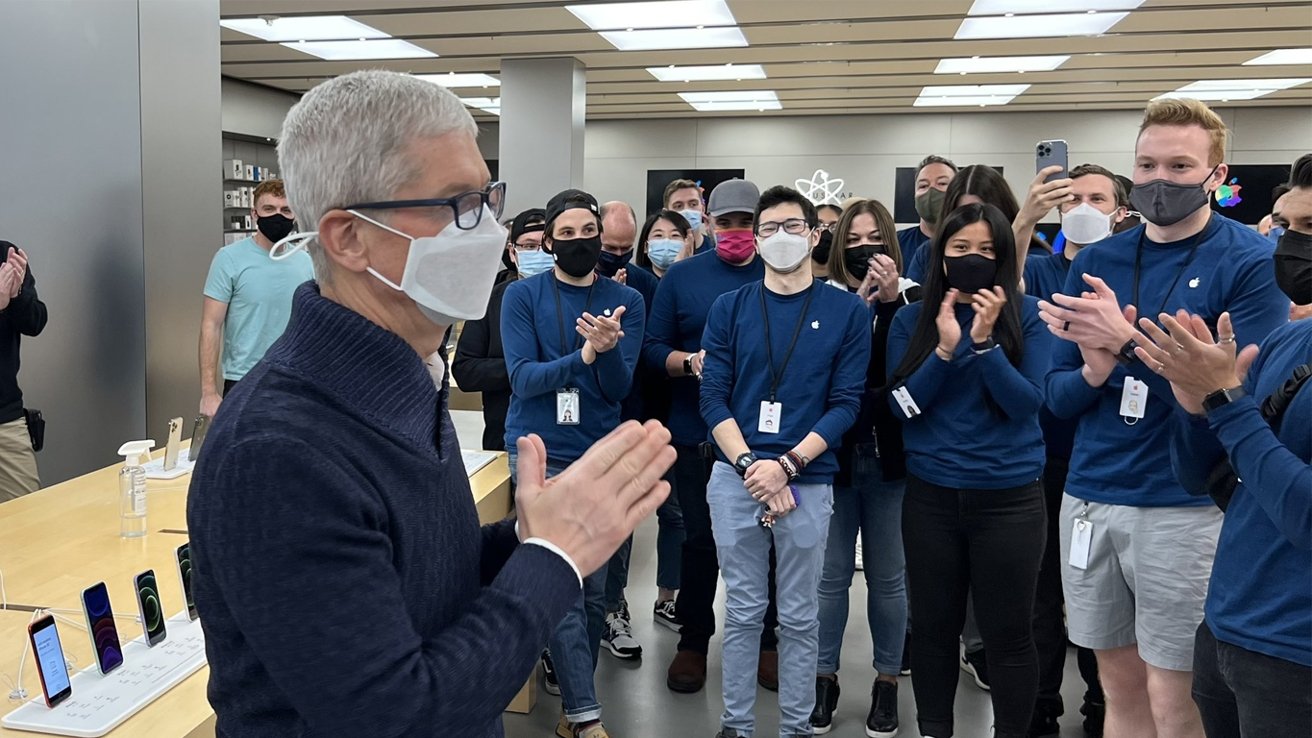 AppleInsider is supported by its audience and may earn commission as an Amazon Associate and affiliate partner on qualifying purchases. These affiliate partnerships do not influence our editorial content.

During his trip, Cook stopped by Encircle, a LGBTQ+ resource center based in Salt Lake City. Encircle serves the LGBTQ+ community in Utah and surrounding states.

Stopped by Apple City Creek Center this morning to spend time with our customers and team members. Thanks for an awesome visit! pic.twitter.com/HG8aUy11bF — Tim Cook (@tim_cook) October 13, 2021

He also visited with some of Utah's developers, shouting out Red Games Company, known for working on titles such as Apple Arcade exclusive "Lego Brawls, and Ancestry, the largest genealogy company in the world.

Met with some of the great developers in Utah's growing tech community. Their apps & games, like @RedGamesCo and @Ancestry, are bringing families together. And @Instructure, @ResusciTech, and so many more are solving challenges in important fields like education and health. pic.twitter.com/HDpDyidsib — Tim Cook (@tim_cook) October 13, 2021