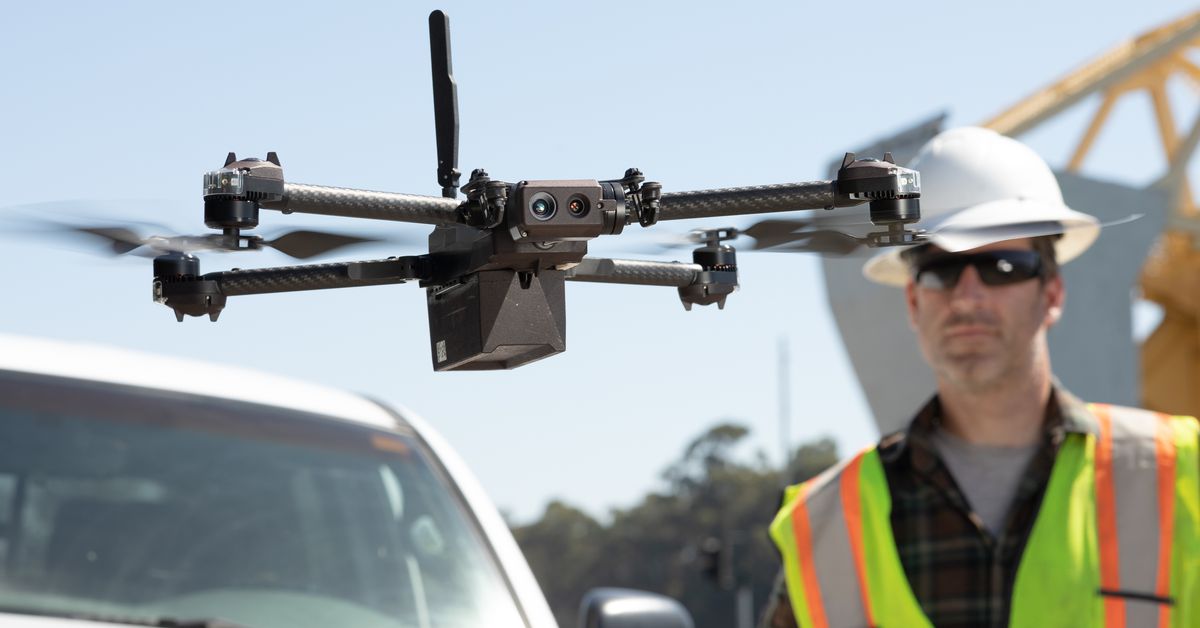 US dronemaker Skydio has begun shipping its first enterprise drones today with prices starting at an enterprise-worthy $10,999. Skydio is best known as a pioneer of self-flying drone tech, but in recent years has shifted its attention away from a consumer market dominated by Chinese giant DJI to courting enterprise customers instead.

This switch is partly due to geopolitics. The US government blacklisted various Chinese drones over spying fears last year, meaning law enforcement, military, and federal customers are looking more to US firms instead. The switch helped boost Skydio to a $1 billion valuation, no doubt assisted by the higher prices such business can command.

Skydio’s enterprise drones are available with thermal and color cameras

Skydio’s X2 drone, which was originally announced last year, comes in two major flavors. There’s the X2D for “defense and federal agencies” and the X2E for “enterprises, first responders, and civilian agencies.” Both units are available in two configurations. The first has dual color/thermal sensors and is “optimized for long range situational awareness” (there’s a 4K60 HDR camera with 16x digital zoom and ~46° field of vision as well as a FLIR Boson 320 x 256 thermal camera with 8x digital zoom). The second has just the color camera (though with the lens upgraded to a ~80° field of view) and is intended for “close-up inspections of infrastructure assets, scene reconstruction, and small area mapping.”

Prices for the color-thermal configuration, which start shipping today, are unknown, but the color-only units, available only for preorder, start at $10,999. Each drone is bundled with various accessories and the company’s enterprise controller, which features an impact-resistant build, 6.8-inch AMOLED touchscreen, and glove-compatible joysticks.

Along with the drones, Skydio is also launching its Skydio Cloud service today, which provides various fleet management tools. These allow customers to track the status and location of multiple drones in real time, stream footage from any unit, and pool recorded data into one place. It sound’s ideal for large-scale mapping and inspection work.

Despite the focus on enterprise customers, Skydio has said it’s not giving up on hobbyists and amateur drone flyers. The company’s CEO Adam Bry told The Verge last year that more consumer drones are coming, but we’re just not sure when. Until then: watch the skies.