Samantha Bee examines the history of anti-Asian racism in the U.S. 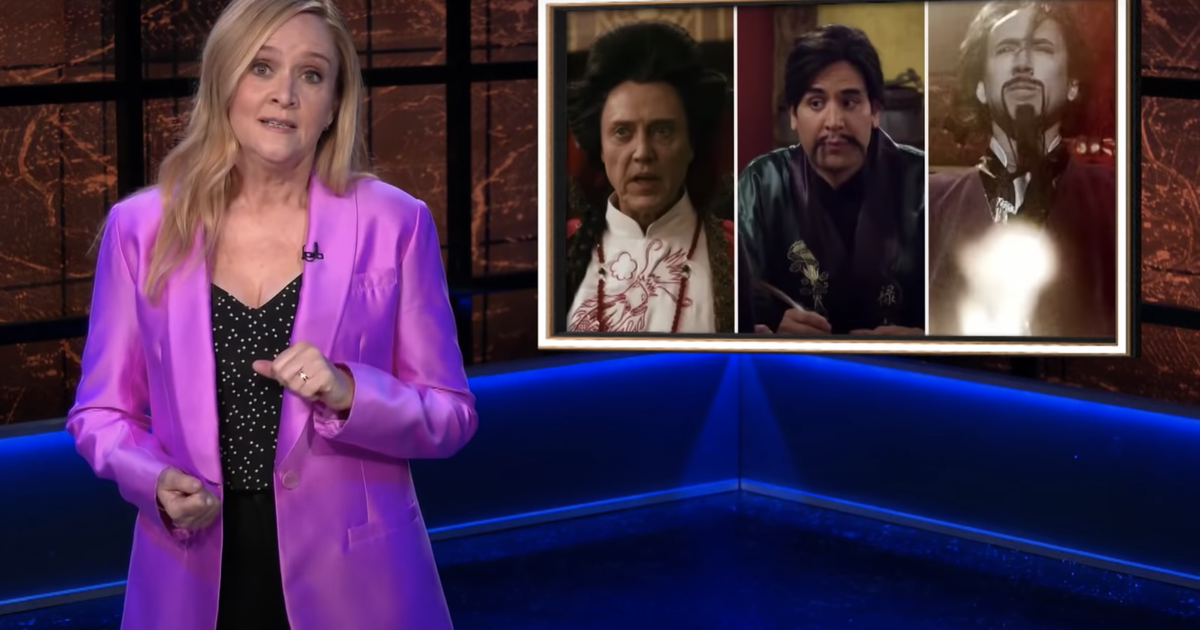 It's a terrible time to be Asian right now. Hate crimes against Asians in the U.S. have risen dramatically , with almost a third of Americans blaming China or Chinese people for the coronavirus pandemic. Asian people are being assaulted , stabbed , and killed with alarming regularity, prompting many to feel apprehensive about being out in public.

"Anti-Asian attacks are happening out in the open for all to see," said Full Frontal host Samantha Bee noted during Wednesday's episode. "It's like if Pennywise didn't bother hiding in the sewer and just went shopping for kids at Chuck E. Cheese."

Unfortunately, as Bee noted, none of this is new. Racism against Asian people has a long and disgusting history in the West, featuring arson, lynchings, and massacres. This isn't even the first time Asian people have been scapegoated and accused of spreading disease, with Santa Ana, California burning down Chinatown in 1906 after an alleged case of leprosy.

These weren't just the actions of lone individuals though, or even racist outliers.

"The government turned anti-Asian racism from a general mood into official policy," said Bee, listing a whole slew of U.S. laws that have discriminated against Asian people.

SEE ALSO: How allies can step up for the Asian American community

One of the most well-known was 1942's Executive Order 9066, which placed over 110,000 Japanese Americans in internment camps and dispossessed them of their property. But there have been many more, such as the 1854 California Supreme Court's ruling that "inferior" Chinese people couldn't testify against white people, the Page Act of 1875 preventing "immoral Chinese women" from entering the U.S., and the 1882 Chinese Exclusion Act.

"Most of these race-specific barriers [to immigration] weren't removed until 1965, meaning white Americans were allowed into space before many Asians were allowed into America," said Bee. "As President Kennedy said, 'We chose to go to the Moon not because it is easy, although it is easier than not being racist.'"

Bee further examined Hollywood's contribution to the current wave of anti-Asian hate. Films and television shows have consistently displayed harmful, racist attitudes toward Asians, from villain and sex worker stereotypes to the frequent use of yellowface. These issues aren't just in the past either, with Bee pulling up a horrifically racist scene from 2012's Ted as an example.

"You can always count on Mark Wahlberg to practice non-violence toward Asian people," quipped Bee, which literally made me gasp. Wahlberg was convicted of assault in 1988 after beating a Vietnamese man — unfortunately not the only incident of racial violence in the actor's history.

Bee's clips are a decent introduction to America's treatment of Asian people, but it's always best to listen to the people who are directly impacted by an issue. If you're after a more in-depth, personal look at this topic, check out Eugene Lee Yang's new documentary We Need to Talk about Anti-Asian Hate, which is free to stream on YouTube.