Mario + Rabbids Sparks of Hope producer speaks on inclusion of levels, side quests, Sparks, the removal of multiplayer, and more 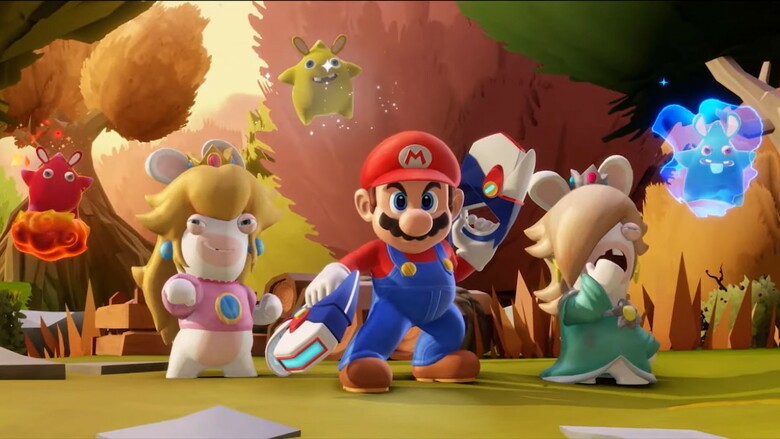 Mario + Rabbids Sparks of Hope producer Xavier Manzanares recently spoke to Shacknews about the improvements made for the newest installment in the Mario + Rabbids series.

In the interview, Manzanares first discussed how battles have been altered technically. Sparks of Hope has removed of the grid and cursor on the battlefield to permit direct control of the characters, called Heroes. He next discussed exploration in the overworld by stating that the series will now have main quests as well as side quests, which is a first for the franchise. Strategy has also been enhanced by the inclusion of Sparks, which permit active and passive bonuses to wielding Heroes. Two Sparks can also be equipped per Hero.

The developers also decided, unlike in Mario + Rabbids Kingdom Battle (the first installment in the series), to not include a multiplayer mode because they wanted to focus on the solo experience.

Manzanares also spoke about the strong level of trust the team has been able to develop with Nintendo. He believes that this level of trust gave the team more confidence to request for features like Bowser’s inclusion in Sparks of Hope. He also stated that Nintendo’s main goal is for the developers to surprise them with a product that is “fresh and fun”, and this, along with respect for Nintendo’s flagship intellectual property, has been the team’s main drive.

Manzanares also talked about RPG mechanics that have been added to Sparks of Hope. While the team wanted to have levels in Kingdom Battle, the plan did not pan out due to imbalances and a lack of fun the feature created. However, for Sparks of Hope, the team believed strongly that the inclusion of levels would be a great reward to the player, and after a great amount of time was spent balancing the system, Manzanares believes that this is a great addition to the Mario + Rabbids series. Finally, he believes that both newcomers and tactical game aficionados will both find joy playing the team’s newest title.